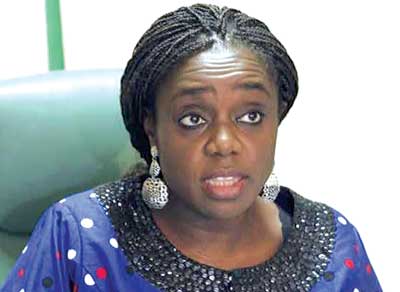 Former Chairman of the House of Representatives Committee on Appropriation, Abdulmumin Jibrin, continues his whistle blowing activism against the leadership of the House.

In his latest alert, he enjoined the Minister of Finance, Mrs Kemi Adeosun to suspend the payment of running cost to his colleagues with immediate effect.

Jibrin made this call in a statement he made available to newsmen on Thursday in Abuja.

Jibrin had accused the speaker, Deputy Speaker and some other members of the House of padding the 2016 budget.

Jibrin said that he had forwarded the statement to the Economic and Financial Crimes Commission (EFCC) with the first list of 50 members involved in running cost fraud.

He urged the Executive Arm to stand up to any possible blackmail from the House.

According to him, Nigerians should be very vigilant because as an insider, I know how the House usually responds during period like this.

“As you have started noticing, many investigative hearings and ad hoc committees are springing up like mushrooms.

“The investigative hearings are intended to blackmail the executive arm, coax them not to act on the allegations.

“The ad hoc committees are used to settling aggrieved members as it provides avenues to collect bribes.

“ You will also notice irrational grandstanding over approval of MTEF/FSP and the budget or correspondence from the President.

“All these are legislative antics employed by the House to use the institution of the House to shield corrupt members.

According to Jibrin, the EFCC and the Police have severally being victims of this kind of evil tactics by the House in the past.

“Finally, I wish to call on the Federal Government to make me face the harshest punishment prescribed by our laws if my allegations are found to be false.”

Jibrin said that after about 10 weeks since he commenced exposing corruption in the House of Representatives, Speaker Dogara and other accused persons were yet to respond.

He added that the speaker and other accused persons refused to respond to the dozens of allegations against them bordering on budget fraud, abuse of office and public trust and corruption.