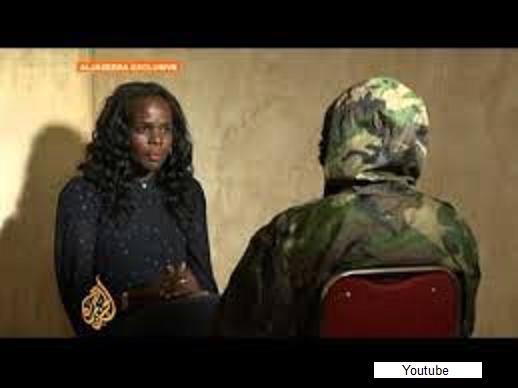 NewsRescue- Al Jazeera, the Qatar government-owned media, recently released a video of a purported Nigerian soldier, whose identifiers were disguised; claiming there were aggravated civilian deaths in the Nigerian military offensive against Boko Haram.

Qatar, not surprisingly as seen in this NYTimes article, has been labeled the “worst Middle East nation in counterterrorism,” and ABC news in a February 7th article revealed: Qatari Royal Family Linked to Al Qaeda; and related: Royal family member put in charge at Al Jazeera. This April, Iraq government according to this report, suspended Al Jazeera for promoting violence and sectarianism in Iraq.

Going through comments on the published video release, one could only realize the overwhelming condemnation of Al Jazeera’s intentions in producing such questionable material.

NewsRescue has no answers, but a lot of questions as raised by commentators: 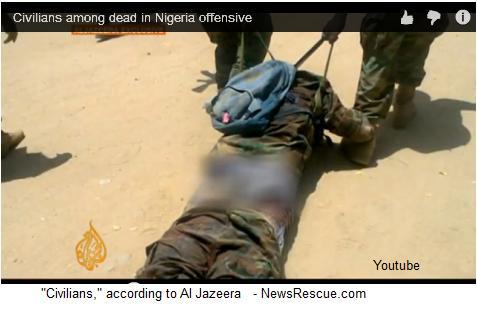 This year has seen increased protests against Qatari influence and meddling in Egypt’s internal affairs. A BBC article last January highlights the “hypocrisy,'” of the Qatari promotion of all kinds of foreign rebellions and their own harsh reality:

But there is an increasingly glaring contrast between Qatar’s support for revolutions abroad and Qataris’ lack of representation at home.

Qatar’s state-owned Arabic language TV channel, Al Jazeera, embraced most of the Arab uprisings with enthusiasm – except when protests came in neighbouring Bahrain, all too close to home. The state is helping the new governments of Egypt and Tunisia with aid and investment, and is one of the key backers of the Syrian opposition.

Yet within Qatar, power ultimately rests with just four key people; the emir, his wife, the prime minister and the Crown Prince. Understanding policymaking often involves second-guessing the wishes, intentions and rivalries within this small group of decision-makers. 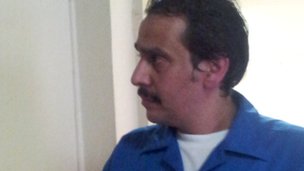 Most Qataris seem content with their leaders. But it is also risky for them to say otherwise – as has been shown by the recent case of Mohammed al-Ajami, a poet who has been sentenced to life in prison for a poem deemed “insulting” to the emir.

Some ask- where was Qatar when Boko Haram had miraculous success with uncanny, undeniable foreign support that led to the death of thousands of Nigerians? Perhaps it is Qatar’s best interest to stay out of foreign domestic events.

See: Nigeria Government- Al-Jazeera’s Report on State of Emergency and “Civilian Casualties” Is Contrived and Misleading

Two quick points will highlight the concerns here: (1) the video is that of the unfortunate incident that occurred in Bama on May 7 and has no connection with the current operation. Read more…

This past week, several Lebanese in Nigeria were arrested with a bunker load of dangerous weapons, AK47’s, Grenades, grenade launchers and thousands of rounds. Foreign meddling has always been recognized in Boko Haram terrorism in Nigeria.

Here is a NewsRescue analytic article from 2011 that investigated Qatari’s possible roles in sponsoring Boko Haram: 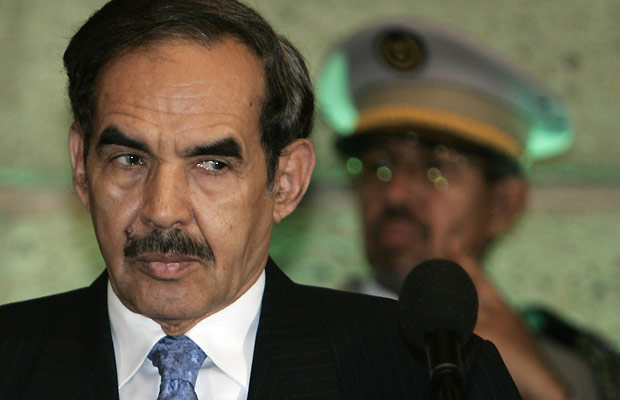 NewsRescue- The radical Islamist group allegedly responsible for a spate of bombings across the Northern region and capital of Nigeria, Boko Haram(Western civilization is bad) has finally begun to reveal its long sought roots.

A recent report in the Nigerian THEWILL magazine detailed links to Mauritanian ex premiere Maaouya Ould Taya, the dictator who seized power in a coup in 1984 and led Mauritania as president and Prime Minister till he was ousted in 2005 and fled through Banjul Gambia to Doha, Qatar where he now resides under impunity.

The former soldier, who was a strong ally of the United States, France and Israel during his reign, has lived in Doha, Qatar with his family since August 22, 2005, after he was offered asylum in the Arab state, the report gathered.

The Algerian government Sunday announced that it has credible intelligence that Boko Haram has linked up with al Qaeda in the Islamic Maghreb (AQIM) which has its North African headquarters in Algeria. Deputy Foreign Minister, Abdelkader Messahel told journalists that intelligence report show both groups have been coordinating. We have no doubts that coordination exists between Boko Haram and al Qaeda, Messahel said.

“The former President according to our source has been coordinating with senior elements of an Arab country in the Middle East and some sympathetic Nigerian interests to destabilize Nigeria in order to enthrone Islam in the entire north.”

Is Maaouya Ould Taya the African point man designated by the powers that be, in charge of coordinating, training and developing the AQIM branch in Nigeria?

In the recent overthrow of Libya, by NATO led efforts, with Qatar playing a major role, AQIM took over Libya, and it has been observed that Alqaeda flags have been waved at major rallies in post Gaddafi Libya, as well as on mast above the Libya court house.

The United States Chief of the counter-terrorism department, John Brennan acknowledged the joint efforts with AQIM, LIFG [Al Qaeda’s Libyan Islamic Fighting Group offshoot] and described their cooperation with AQIM to over throw their greater enemy, Gaddafi. This type of cooperation with Alqaeda terrorists by the United States is not new, and the happening in Libya eerily follows the pattern of the US covert war against Russia, during the 1979 Russian invasion of Afghanistan when the CIA first empowered Osama Bin Laden and created the Alqaeda to defeat their greater enemy, Russia. During the Libyan invasion by NATO, Qatar played a major role among other Arab Nations, providing most weapons directly to the AQIM Libya revolutionists and also providing direct training of these terrorists.

According to a former US intelligence contractor: the main source of support for the Libyan rebels came from Q-SOC, the Qatari special forces. Q-SOC trained the rebels. The Qataris were the first foreign military on the ground providing military training. Qatar provided air support. The Qatari military are trained by British and French forces.

Mahmoud Jibril, the new boss of Libya. He is also the boss of Jtrack. And allegedly he is a CIA asset.

Qatar’s Al-Jazeera TV played its part in helping the CIA and its friends topple the regimes of Ben Ali in Tunisia and Mubarak in Egypt. It is also known that Al-Jazeera has recruited a number of former BBC journalists; BBC journalists are believed to have connections to MI6 and its friends. The new emir of Qatar, Hamad bin Khalifa al-Thani, had toppled his father with the help of London and Washington.

Sheikh Hamad authorized the Israeli Ministry of Commerce to open an office in Doha. Sheikh Hamad brought in a firm called JTrack to help Al-Jazeera.

“From Morocco to Singapore, JTrack has trained most of the political leaders backed by the United States and Israel, often mere heredity puppets…” source

Motive for support of AQIM and Boko Haram terror in Nigeria

Why would Doha, Qatar and ultimately the western powers wish for a powerful radical terrorist group in Nigeria? As happened in Libya, is this a means of ultimately overthrowing Nigeria’s government to gain control of Nigeria’s abundant resources?

Nigeria is the 14th top oil producer in the world with an estimated over 36 Billion barrels of oil reserve. The Nation among other African Nations rejected an American military presence under the AFRICOM program on its soil. The United States it is known desperately seeks a military presence in Africa to counter China’s increasing influence in the natural resource abundant continent. With the global recession, collapse of Europe and increasing trouble and sacking of European leaders, the western powers are beginning to show more and more desperation to acquire and secure greater resource.

Arab meddling Precedent
The 1985 coup, and overthrow of some of the best leaders in Nigeria’s history, the Buhari-Idiagbon regime, was an instance of CIA-Arab cooperation to undermine Nigeria. In that instance, the Buhari-Idiagbon regime had refused IMF loans and SAP regulations. The king of Saudi Arabia, King Fahd was then instructed to invite both leaders to the pilgrimage, this was to enable the brutal Babangida regime with ties to the CIA take over in the 1985 coup, and of course they immediately accepted World Bank, IMF offers and SAP regulations followed.

Whatever the reasons for the foreign meddling and support of terror in Nigeria, the danger is ever so grave. With the invasion and destruction of Libya, thousands of deadly ammunition’s are all over North and West Africa in the hands of terrorists. These weapons include anti-aircraft missiles. The NATO mission in Libya was one of the worst in recent times, and possibly in history, with no control of ammunition and with the battle organized, fought and won by known terrorists (AQIM).

Even commercial airlines are no longer safe flying in the air-spaces over Africa, as these fall prey to targeting from anti air missiles in the hands of the new Libyan leadership (AQIM) friends and comrades all over the region.

Nigeria needs to be on highest security alert with securing of its Northern borders against penetration of arms and fighters from Libya and surroundings. Nigeria needs also reevaluate its ties with Qatar and the new Libya in consideration of the direct threat they constitute to peace and sovereignty of the Nation. Read more