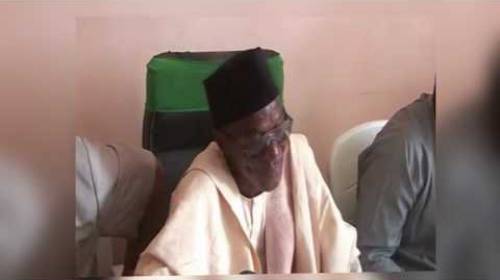 Arewa Youth came out last June with a quit notice to all Igbos residing in the north to leave the zone within three months and all hell was let loose on them. I am in support of the principles behind the quit notice on Igbos in the north but differs on the timing. Probably if they had said three years, I would have been more comfortable; to allow for a less fractitious home coming.

Being an activist, clergy and member of influential Igbo groups in Nigeria, both the mass movements, professional, intellectual. Including Ohanaeze Ndigbo, and a frontline defender of Igbo interests for over a decade now, I have a good idea of what the Igbo want. Also as a gospel missionary who traverses many parts of northern Nigeria in the past, made friends among both religions, interacted with the locals, I have an advanced idea of the mindset of the elite northerner, the common man in the north and the almajiris and I know that many information being spewed to the public, from the days of Boko Haram till date about northerners are half truth and more lies, and I blame the northern elites hawkish disposition for such festering lies.

In the early days of Boko Hraram criminality, I was among those who liaised with many northern and military elements to expose the high level of politics and financial corruption that turned Boko Haram into a monstrous organization with politicians and military chiefs smiling to the banks. I remember advocating for a Boko Haram Republic in part of northern Nigeria if the Borno Elders will not rise up to the occasion and do something to curb the menace. Happily, vigilante and village hunters rose up to save the north from collapse. They sacrificially assisted the newly motivated military (whose allowances are no more stolen from the top) to stamp out the Jihadists. I have discovered that every tribe has both the good and the bad, including Igbos, Yorubas and Hausas. Therefore the idea of race superiority is not acceptable.

Since the recent upsurge in IPOB popularity due to Nnamdi Kanu’s unfortunate arrest, I have cautioned publicly both as individual and as opinion leader against the use of hate speeches to actualize Biafra. I detest the use of languages like “monkeys’, ‘baboon’, ‘pedophile’, ‘rapist’,’ cowards’ etc on elements of other tribes as though such do not exist in the South East. I have cautioned our people that Biafra can be achieved without spewing hatred the manner Hitler used Nazism to incite and murder six million Jews in the worst holocaust in history.

During the sit at home order of last may, which I observed at Living Faith Church while receiving briefings on Bishop Oyedepo’s proposed prophetic visit, I told some Ohanaeze chieftains who came calling that soon the north will call the bluff of Igbos on secession. Days later the Arewa youth threatened a quit notice on Igbos in the north. My phones started ringing unabatedly; my predictions had come to pass. I attended another secret meeting of some elements within Ohanaeze and we mapped out a plan of action to ensure that the order was not carried out, which was subtly sown to Igbo leadership. The three month quit notice must be discountenanced by all Nigerians using every means and the plot worked very well.

Everybody who is somebody in the south East started reaching out to people to denigrate the quit notice, so as to stop a bloody conflict that can break up Nigeria at a great cost. The Arewa Elders talked their youth down on the quit notice project. The rest of Nigeria condemned the quit notice. Prof Osibanjo, Acting President of Nigeria lent a strong voice of condemnation. Igbos leaders in the North and South East, who hitherto looked aloof while hate filled incitements filled the airwaves and print media, came together and
declared divergent stance on the Biafra project. However, this is where my support ends. The additional calls for the arrest of the youth leaders do not have my blessing and was not part of the initial plots.

Everything worked according to plan, but what I find uncomfortable is the renewed calls for the arrest of Arewa Youth for saying their minds. Arewa Youth only reacted to the strident cry for Biafra by acquiescing
to the demands. They do not deserve being invited by the police not to talk of being arrested. They used their rights as Nigerians who are tired of being denigrated especially on social media by hate filled separatists whose stock in trade is calling northern leaders all manners of vile names alien to the igbo Culture to ask the secessionists to go home. . Buhari has been called a terrorist, rapist, pedophile, aged fool and all that without the consent of the Igbo public by some elements within the separatist agitations. People have been advised to embarrass Pastor Kumuyi, Bishop Oyedepo, Pastor Adeboye and Yoruba pastors if they bring their religion to Igbo lands. Rev Fr Mbaka has been called a betrayer and marked for elimination. All these hate filled words are alien to the Jewish Culture, Christian Culture or Igbo Cultute. While the abuses lasted, the people cheered and jeered until the abused Northern youth reacted.

The spontaneous consensus of angst that followed the quit notice by Arewa Youth showed that both Nigeria and the separatists are indeed all zoo republics. We called for the release of Nnamdi Kanu from detention several times, why we should now call for the arrest of Northern Youth leaders. Kanu is advocating for Biafra, Arewa Youth have acquiesced to Biafra. Why should we condemn the arrest of Kanu, and then call for arrest of Northern Youth. Are both not freedom fighters. Kanu is fighting for Biafra, Arewa Youth said yes to Biafra. We should avoid a hypocritical high horse and use the same measure for everybody, irrespective of tribe and religion. The call for the arrest of these young men is as criminal, as the initial arrest of Nnamdi Kanu.

Igbos should either declare their stance on Biafra openly or be ready to leave the north. The north has accommodated Igbo businesses. Some governors in the north in some instances have stifled igbo businesses. Kwakwanso, as governor in kano State harassed igbo businesses and we took it up with
then President Jonathan when the former Governor was using executive fiat to collect pharmacy shops from Ndigbo at Central Market and giving to his northern brothers. Kwakwanso also denied Sabon Gari much needed amenities like electricity, pipe borne water and converted the Igbo bus park to Islamic School days after Boko Haram blasted igbos to death in the same place. I declared publicly that the same governor has hand in the poisoning of my friend, Tobias Idika, late Ohanaeze President of Kano for condemning state sponsored terrorism However, these are isolated cases, elsewhere; there has been average accommodation of Igbo businesses in the north.

When elders sit by while the youth on a separatist cause raise propaganda to suicidal limit, without regards for the feelings of other tribes, they should prepare their people to pack and go home. The separatist voices have been asked by various Igbo leaders to remove hate filled messages, denigrating messages and abusive inclinations, and they refused.

Ohanaeze Leadership discussed it with IPOB leader Nnamdi Kanu at Nwodo’s residence in Enugu last June when IPOB leader came calling. The Arewa Youth asked their kinsmen in the north to vacate and the whole world is looking for their blood. This is madness and hypocritical. It is as hypocritical as the earlier incarceration of Fani Kayode and Olisa Metuh by APC chieftains using the EFCC in efforts to silence opposition voice in Nigeria. Nigeria may be a zoo, but Biafran Igbos should be careful not to form another zoo by the way they see any dissenting voice as evil.

The arrest and detention of Kanu is evil, and I have condemned it as a person and leader of some Igbo groups. I also called for the release of Ben Onwuka of Biafra Zionist Movement and Innocent Orji, betrayed MASSOB activist languishing at prison. I condemned the murder of over 5,000 MASSOB and IPOB activists by the Nigerian government and called for enquiries. I also condemned the killing of over 1000 Shiite Muslims by agents of the Nigerian army. All these are in public domain. I find it nauseating that people, who condemned the arrest of Nnamdi Kanu will turn round to call for the arrest of Arewa Youth for saying their minds on the failing Nigerian project. Arewa Youth made sense without being incisive. They are simply saying “Go Home with Your Biafra and Leave Us Alone”-what is wrong with it.

It is either the Igbos goes home to form Biafra or cautions the inciters of hate messages to seek other means of actualizing the dream without spewing atmosphere capable of breeding violence, hatred and bloody conflict. I stand in defence of Arewa Youth right to say their mind, and where they need correction, cognizance must be taken of their feelings over the psychological trauma of strident calls for separation, and calling for their arrest is hypocritical.