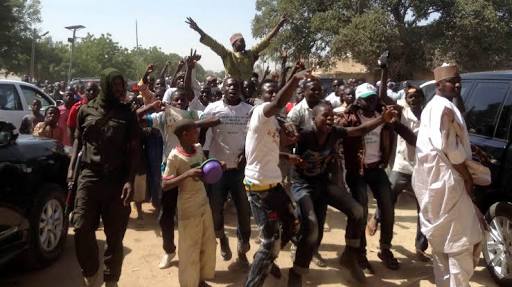 As envisaged, the national political terrain has again become tensed up with a lot of intrigues that only the strong hearted will be able to wade through the minefield and come out successfully in the 2019 general election. Those who want to emerge as candidates in all the positions due for future elections have started early to scheme, maneuvers in order outwit their opponents. Nowhere is the scheme so intense than in the Peoples Democratic Party PDP) and the ruling All Progressive Congress (APC).

We have recently watched with fascination our president journeyed to the south Eastern Nigeria where he was decorated with the Igbo traditional regalia and his visit, garnished with a chieftaincy title. The nation also observed with keen interest his ‘triumphant’ entry into Kano city. In the same vein, the Atiku Abubakar’s resignation from the APC  and his subsequent reunion with his former party, the PDP adds to the intrigues.

However, a further peep into the political horizon will reveal that these political players are friendless travelers as Nigerian youth who form the chunk of the electorates and enjoys the demographic advantage now maintain a neutral sanctuary. The zeal with which they pushed for the not-too-young-to-run campaign has suddenly waned. With many now blaming their inability to carry-on on the nation’s faulty electoral system which they claim is capital intensive

Though, a compelling truth, which in my view is a major factor responsible for the dishonesty in our government as politicians need to recoup the amount spent on electioneering campaign and possibly go a step further to accumulate wealth to aid future elections. But, in as much as I voiced my support to this fact, using it as an excuse for inaction by the youths may not be acceptable as freedom has never been won without effort and sacrifice.

Confronting this brutal force by the youths will require shopping for credible personalities to field or support. Candidates that will accelerate our nation’s economic growth, propel social progress, drive our cultural development, promote peace and stability, stimulate agricultural and industrial sector and execute massive infrastructural development.

This need to legitimately end the reign of political practice where leaders use their positions, not for public good but as an opportunity for private gain has become imperative as allowing another chance will further crush our political space, decimate the youth and further devastate the economy.

With the above in mind, effort to make the forthcoming election bear the expected result will require an objectified ‘oneness’ on the part of the youth. Taking this step will act as a small beginning that will bear an important breakthrough. The youths should abandon the blame game and team up to fight the common enemy called bad leadership and its proponents. Most especially those that their tribal loyalties are stronger than their sense of common nationhood.

Reasons for supporting the above is laced with the saying that  ‘the strength of a nation is a direct result of the strength of her leaders. The youths should remember that the result of their political miscalculations in the time past led to the rhizome of excuses the nation is currently experiencing and has turned the country into a nation of narrative than action. So, to completely flush out these demagogues and have them replaced with authentic leaders, the youths need reprogramming of their mindset as ‘once the mind is enslaved, the body can never be free’. To make the reorientation work also, early preparation is equally important

Yes, I am not oblivion of the fact that  the government or the politicians  may not have provided the needed level playing ground or the enabling environment, but the youths as a matter of urgency should be guided by the fact that life ‘’is 10% what happens to you and 90% what you do with it’. This is a time to look beyond the leaders for assistance. It is truly a time for the youths  to depart their  comfort zone to enable them to access their  creative zones

Given this point, let them also be reminded of the need to be the architect as well as the builders of their political/leadership lives.  It is only in doing this that they are likely to receive the needed recognition and consideration. This move of cause calls for collaboration and disciplined attention on their part.

Correspondingly, let the youths be guided by the fact that attaining leadership position as it stands requires   ’discovering how to organize ones’ strength into compelling power that government/leaders cannot elude their demands. The youths must coordinate themselves in a way that this politicians/leaders may find it wise and prudent to collaborate with them. It will be the heights of naiveté for the youths to wait passively and at the same time expect recognition from the current crop of leaders.

The politicians on the other hands should make no mistake about this, abandoning the youths at this critical moment is at their perils. Therefore, our political adults should cultivate the culture of youth’s development via admittance of the youths into leadership apprenticeship.  They should also bear in mind that the success of any government is to a greater extent dependant on the quality of the followers left behind. It should also be in the interest of this government to note that ‘success without a successor is a gross failure’.

The politicians should also be mindful of the fact that finding the right people and giving them rightful positions remains the cardinal responsibility of great leaders. This role, I think our government needs to pay attention to as we race towards 2019.

To this end, both the politician/government and the youths in the country should be well aware that they are partners in development.  But despite this counterpart arrangement, our youths should be aware that for the government to get involved, they (the youths) should seize the initiative and make an effective demand, expressing their willingness in personal and leadership development and the government shall be left with no option than to grant their request.