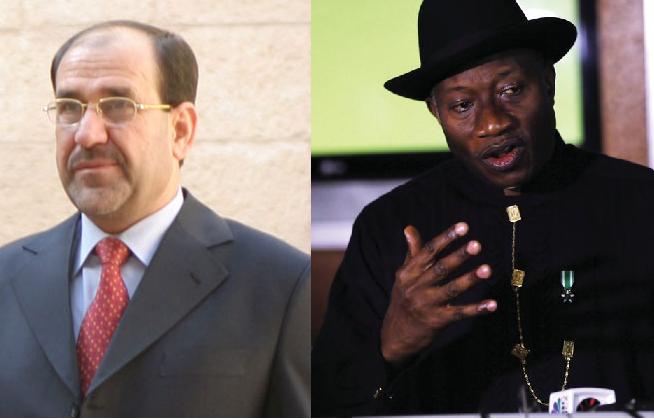 “Iraqi Prime Minister Nouri al-Maliki has offered to arm tens of thousands of civilians fleeing the city of Mosul after it was seized by al-Qaida affiliated outfit Islamic State of Iraq and the Levant (ISIL).”

The article heading and first quote are from a piece written by Vasudevan Sridharan and published in the International Business Times, June 11. The message, action and response is also one that defines a responsible government that does not directly or indirectly support terrorism against its people in the face of an onslaught of internal armed terror gangs.

In response to Prime Minister Nouri al-Maliki’s conscionable, timely call for Patriots to come and receive arms to defend their cities, thousands of civilians volunteered and were handed arms to provide a resistance against the terror onslaught that overwhelms the nation’s military.

This active happening in Iraq, as well as an identical response of Algeria during the ‘Black decade’ of the 80s, is a case study for Nigeria. Nigerian civilians, vigilante’s and civil right groups have pressed their demands for equivalent government supported arming of civilians to combat Boko Haram terrorists who freely operate and unleash wanton damage on the most vulnerable farmers of the north of the nation.

An official letter was sent by ENDS to the president of Nigeria, Goodluck Ebele Jonathan on April 26th, requesting the right and executive authorization for able civilian youth Patriots from across the nation to – under government supervision – pick up arms and engage Boko Haram terrorists in Sambisa and other forests where they lodge and terminate this group that has freely operated for four straight years, abducting thousands, killing over 80,000, burning dozens of villages and creating the third highest displacement crises in recent recorded global history, with over 3 million Nigerians in the north, mostly peasant farmers being turned to refugees. The Goodluck Jonathan administration is yet to respond to these calls and suspiciously, treacherously allows the continued existence of a much smaller and easily controllable threat than faces Iraq, to continue its unlimited free decimation of communities across Nigeria’s north.

It is proper to state that the failure of the Jonathan government to protect its civilians and to grant them the right to bear arms to defend themselves amounts to a violation of their oaths of office and to their direct support and facilitation of terror and genocide on its people, mostly northern resident.

Nigeria is witnessing crimes against humanity and terror by the state that disarms civilians and directly and indirectly facilitates and supports the financing, arming and their derived actions of the terrorists and their sponsors (none of whom has been brought to book to date).

Once again, we alert the Presidency to the consequences of their actions under Nigerian and international law. Boko Haram terrorists today are allowed by the Nigerian military to obtain military vehicles and weapons including army Armored Personnel Carriers, APC’s and light weight Cobra tanks, which they use freely under military cover to decimate the farming populations of the north.