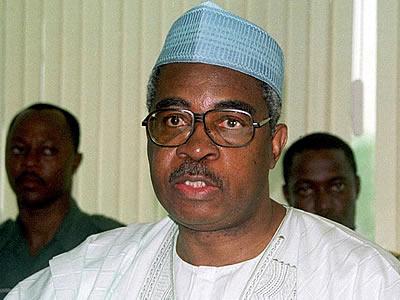 The most accomplished officer of the Nigerian Army said the above words. Elder Statesman and former chief of Army staff, Minister of Defense, business mogul and philanthropist Gen. Theophilus Danjuma says the Nigeria Army is no more neutral in the fight against terror in the country.

The General said it is regrettable that the Nigeria Army is no more neural in the fight against terrorism in the country. He said “The Army collude, aide and provide shield to terrorist activities”.

He called on Nigerians to rise for the protection of their country “If we’re to depend on the Nigeria Army for protection, we will all die one by one” the Retired Army General stated.

Whatever heinious crimes and atrocities that we heard murderous Wahhabi terrorist groups (#ISIS, #AlQaeda, #BokoHaram etc.) are committing we saw them during Zaria genocide. Nigerian Army then chanted “No Shia in Nigeria” while shooting Shia women and girls in their private parts.

Initially when the Islamic Movement in Nigeria under the leadership of Sheikh Ibraheem Zakzaky warned Nigerians about the close relationship of the Nigerian Army under Buhari and murderous BokoHaram terrorists, most Nigerians then were doubtful but with the passage of time the truth is unveiling.

On a final note, Nigerians should heed the advice of Gen TY Danjuma. Today the Nigerian Army and murderous #BokoHaram terrorists are one and the same. The International Criminal Court (ICC) should hasten their indictment of the murderous criminals who executed the Zaria genocide.