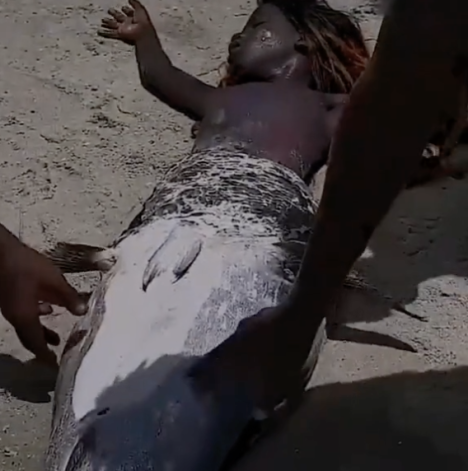 This video of a young ‘mermaid’ was allegedly spotted on an unnamed beach in South Africa.

Is this a real mermaid 🧜‍♀️ caught in South Africa???? pic.twitter.com/KpCaxk8o2X

It’s the latest and most vivid such claim.

The ‘mermaid’ had its fins moving and all, with tinged skin and what appeared to be scales.

Some have commented on the mermaid being fashionable perhaps in her human existence and wearing what appears to be synthetic weave:

How did a mermaid get synthetic bundles? pic.twitter.com/Tg5RsKP1Zj

The government of South Africa has denied knowing of this alleged appearance.

Here is the first video posting of the mermaid by aamircali, a mermaid fanatic: