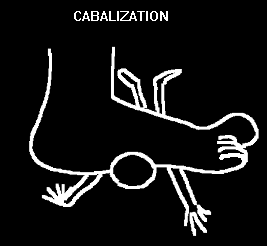 It was a simple mathematical equation. I hedged my bets on it and Buhari has proven I won. Nigeria’s privatization was always a scam. They made it seem as if it was impossible for government to keep things working and to fix them when they spoil. The simple mined believed them. Petty economists argued and wrote epistles explaining how this was the colonial master’s capitalist Holy Grail. I argued that if indeed the government could not run anything, it must first privatize itself, as by their own submission, it lacked the capacity to ‘privatize,’ as a process run. I labelled it for what it really was- Cabalization, and waged my bet against them. The only way to prove I was right was for a Buhari to win. We kicked out Jonathan. He won. I won.

What is Cabalization? I described it in detail in my article of February 8th, 2014: “Cabalization of PHCN Leads to Exorbitant Electricity Bills For Nigerians.” Here is how it works: 1. Allow the cabal to disrupt processes of repair and utility of public assets. 2. Make it appear impossible to run and maintain public assets. 3. Overhaul them at a stupendous price paid by tax payer/ national income. 4. Offer them for sale in a shoddy process to your cabal partners in whose companies you have stock. 5. Sell them at one tenth the amount you used to overhaul them – effectively looting billions in an instant. 6. Allow unregulated exorbitant rates for the utilities the now privatized assets provide. 7. Enforce an oligopoly for the utilities, barring natural competition. 8. Relax and enjoy your looted state wealth and reap crazy dividends in quarterly returns from your shares in the cabalized companies.

Yes, today we know that our refineries can work. Four will be working by this July, God willing. They were never broken, just kept out of commission by workers of Lucifer. They kept them off simply to make fuel subsidy bread, to pave the path for cabalization and to raise the stock of Dangote’s refinery. The vultures. Their eyes were on these refineries. Obasanjo dashed them to them earlier, along with Transcorp Hilton and other things, but thankfully Yar’Adua seized them back for us.

President Buhari is delivering the change we voted him into power for. In spite of his ineffective media team and his imperfections, like his failure to remove the innocent’s blood-soaked NSA and Security chiefs, he has defied the typical odds and shamed the Stockholm syndromed. Perhaps he will overturn many of the past privatizations as did late Yar’Adua before they poisoned him as alleged.

I call the past Babangida’s PDP governments, jackals and the cabal, vultures. In a partnership of death.

One thing is certain: the cabal will fight back! Oh yes they will. Therefore, I call on all Nigerians to fight on the side of posterity. To defend change. Our revolution that got rid of Babangida was hijacked again immediately by his adopted brother, Abdulsalami as they installed their ‘PDP’ party. We must never allow this revolution to be likewise hijacked. The hijack has already started in the senate. Actually it started before Buhari was even sworn in, with the bill amendments. This war against the 30-year strong and long Babangida and his PDP-sons who sold Nigeria to themselves, will not be possible or easy for Buhari by himself especially with that covetous National Assembly who did their best to put a man of the cabal at the head of the senate. Buhari cannot do it without us. Defend your revolution. Defend Change. Death to the cabal. Sai Buhari!