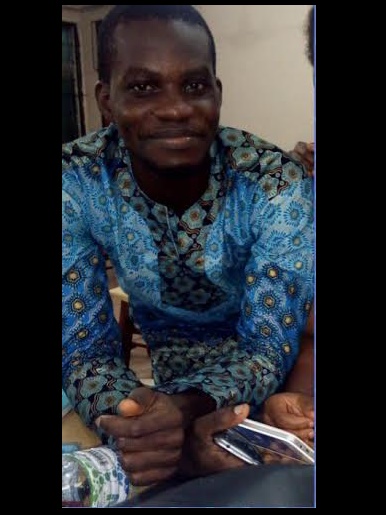 Coming seven places behind Russia with a natural gas reserve of  5.153 trillion (m3) and 10th on the table of countries with proven oil reserves valued at 37,200 in millions of barrels (mmbbl), Nigeria, a country with an unparalleled amount of human and natural resources  by the special grace of God has got 112 million extremely poor souls inside of her – individuals who according to the world bank, lives on less than $1.25 per day and at least 1 million succumbing to preventable diseases in 365 days – a situation that instigated the new administration, in a manner of killing a tree by cutting its stem wanting to doll out N5000 to 25 million most indigent souls.

With a population of 170 million at the mercy of 3,000 MW of electricity on the average, 42% lacking access to clean and portable water, a mere 1 in 10 graduates securing a job and at least half of her youthful population either unemployed or largely under-employed, Nigeria, a space that has either lost or misspent $400bn of her oil revenue since independence has placed itself on the map as the most reckless contraption on earth.

An ironical space that is home to the richest and the poorest, the strongest and the weakest, setting a stage of confusion for sages and philosophers in intellectual parlance on the parody of intense suffering in the midst of plenty where a tiny 1% of the population who unfortunately are members of the political and economic class feeds on everything – save air – that hitherto belong to everyone.

That few individuals earn between $1m and $2m annually in the same country where a teacher in Lagos state (the wealthiest state in the country) who has a university degree takes home $260 is an absolute reflection of the evil that resides in them. A conglomeration of evil chameleons who sees nothing amoral in maintaining a wardrobe for over $2630 in a nation that house at least 10 million out-of-school children is a pointer to their distaste for selflessness, progressivism and sensible politics – an empire that houses individuals diagnosed with a terminal condition of bulimia nervosa that is not only medical but spiritual and economic, with damning consequences on the health of the nation having mortgaged our lives and that of our unborn children.

More evil resides in the emperors who now ascribe legitimacy to their daylight “authority stealing”. The alleged drug baron turned angelic philanthropist who plays god with trucks of rice had better open his eyes to the futility therein. Another, an outspoken tongue-in-the-cheek announced how he’s going to follow suit in the way of the former. Alas, birds of the same feathers! Why collect the blood money in the first place?

While Nigerians were trying to digest the absurdity of the lawmakers earning several allowances mostly multiple their basic salaries, the Albert Sam-Tsokwa-led rules and business committee of the 7th House of Representative released its report that of the 360 lawmakers in the green chambers, only 191 sponsored a bill of their own in four years. A sordid confirmation of our mockery of politics! For if our kind of politics has in it an iota of sanity, Nigerians, the CEO’s of project-Nigeria and employers of the green armies whose call to service inspires nothing in them but that of absolute ‘dolce far niente’ would have seized the moment to set the tone for meaningful politicking.

Nothing confirms Plato’s assertion than this report of June 18, 2015 by Osagie Otabor in the Nation Newspaper titled “a school only in name”. An excerpt is reproduced here for the sake of my argument:

“The school, in Ihinmwin quarters of Ikpoba-Okha Local Government Area of the state, is the only government-owned secondary school in the locality.

“There are no signposts to identify the school though it has a fence. However, the gate is broken, and there are no security men.

“The Junior school arm is a block of six classrooms serving 1,260 pupils.

“The other two dilapidated blocks serve as the senior secondary school and it has about 1,000 pupils.

“The junior school has no toilets. A small plantain farm serves as toilet for the pupils and their teachers.

“The teachers also do not have a staffroom. What serves as office for the 21 teachers and others doing their industrial attachment is a tree in front of the school building. It is the only tree in the compound. Whenever it rains, the teachers relocate to the verandah of the building.

“A little cubicle between two classrooms is the principal’s rather bare office. It boasts of a table, two old chairs and a small shelf. Curtains and fans are luxuries the school cannot afford. Like the classrooms, part of the ceiling is bad.

“The situation at the Oguola Senior Secondary School seems to be more pathetic. The two buildings in use are dilapidated. One has four classrooms, while the other has two. It was learnt that four different classes are forced to learn in one classroom. The senior school pupil-population is 416.6 per cent above the UNESCO recommendation.

“Unlike the junior school, its 15 teachers work in an unkempt and tight staff room. It was a classroom that was converted to a staff room but it cannot accommodate all 15 teachers. The floor is uneven, and the ceiling boards are broken.

“There are no curtains. Two cubicles serve as the office of the Principal and the Vice Principal. The principal’s office has also been bugled several times through the ceiling or window.

“A room which serves as laboratory for all science subjects is practically empty; and there is no library.

“The senior school at least has toilets – three pit latrines for pupils and teachers.

“There are no windows in all the classes, including the principal’s office and the staff room.

“We have only one laboratory for Agriculture, Chemistry and other science subjects. There is no good laboratory here,” he (a staff) said”.

Did you just scream?

“The greatest evil is not done now in those sordid dens of crime that dickens love to paint” wrote C.S. Lewis, “It is not even done in concentration camps and labour camps. In those we see the final result. But it is conceived and ordered (moved, seconded, carried and minuted) in clear, carpeted, warmed, and well-lighted offices, by quiet men with white collars and cut fingernails and smooth shaven cheeks who do not need to raise their voice.

That the national assembly is an evil empire is no doubt. What is in doubt is whether Nigerians will summon the needed courage to take their country back from them. How on earth will so little men earn so much?

What can we do to get rid of these parasites whose bloated income is festering on every good thing that ought to have happened to this country? The executive and judiciary are a topic for another day. Even if they were discussed, their mandates are not based on as much puritanical creed as can be said of the lawmakers whose primary responsibilities are lawmaking and oversight.

In the evil empire, it’s a case of Head-robbers making laws to shackle leg-robbers. The Afro beat legend, Fela Anikulapo-Kuti, in his wisdom calls it ‘confusion break bone’.

Deal with the Head-robbers, only then can we sleep with our eyes closed.