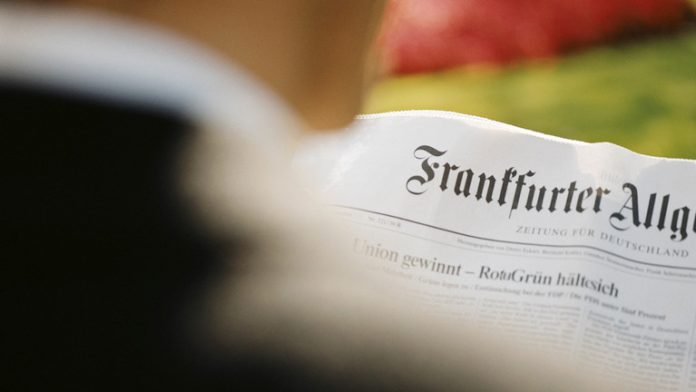 The University of Mainz released a study last week on German news coverage of events in Ukraine and Berlin’s official response to the crisis. The findings confirm that, since February 24, the media has played a significant role in prolonging the conflict and decreasing the likelihood of a negotiated settlement, owing to almost universally biased, pro-war, anti-Russia content being published at all stages.

Russia’s perspectives on the conflict were only considered or mentioned in 10% of news reports, far less than any other country’s, including Moscow’s neighbors. Alternative for Germany and the Left Party, both of which oppose arming Ukraine and extending the war, “had virtually no media presence in reporting on the war.” Government messaging and ministerial statements were completely dominant, accounting for 80% of news coverage, more than four times that of opposition parties.

In total, 74% of the surveyed reports portrayed military support for Ukraine as “extremely positively.” With 66% “overwhelmingly in favor,” delivery of heavy weapons was endorsed “a little less clearly, but still considered to be largely sensible.” Less than half – 43% – believed that diplomatic negotiations would be beneficial, owing largely to Der Spiegel’s reporting, which clearly identified diplomacy as the most sensible option for Berlin “by far.”

One area where media coverage was “certainly not pro-government,” according to the report, was identified. Except for Der Spiegel, all outlets strongly criticized Chancellor Olaf Scholz and his coalition on rare occasions for “hesitating to flood Ukraine with heavy weapons.”