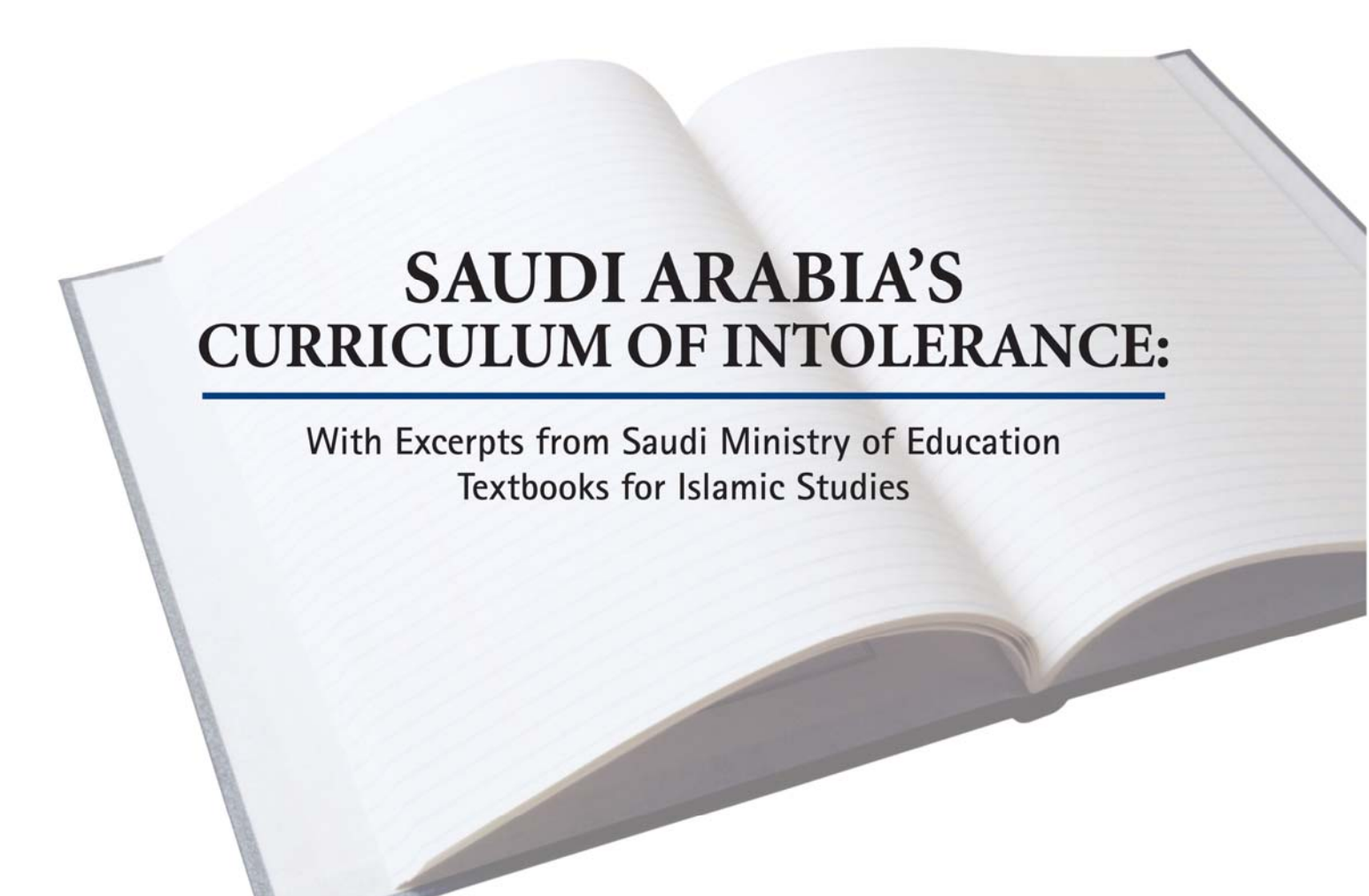 Despite promises to reform their textbooks, the Saudi education system continues to indoctrinate children with hatred and incitement. Seven current and former heads of major publishing houses address the critical importance of words.

As current and former heads of major American publishing houses, we know the value of words. They inform actions and shape the world views of all, especially children. We are writing to express our profound disappointment that the Saudi government continues to print textbooks inciting hatred and violence against religious minorities.

A ninth-grade textbook published by the Ministry of Education states, “The Jews and the Christians are enemies of the believers, and they cannot approve of Muslims.” An eighth-grade textbook says, “The Apes are the people of the Sabbath, the Jews; and the Swine are the infidels of the communion of Jesus, the Christians.” These are just two examples of a long list of hate-filled passages. (More examples below in report by FreedomHouse)

Children who are indoctrinated with such hatred are susceptible to engage in bigotry and even violence. Hate speech is the precursor to genocide. First you get to hate and then you kill. This makes peaceful coexistence difficult, if not impossible. Read full in DailyBeast

Saudi Arabia’s Curriculum of Intolerance, prepared by Freedom House’s Center for Religious Freedom in cooperation with the Institute for Gulf Affairs.

Freedom House’s Center for Religious Freedom released a report analyzing a set of Saudi Ministry of Education textbooks in use during the current academic year in Islamic studies courses for elementary and secondary students. The textbooks promote an ideology of hatred toward people, including Muslims, who do not subscribe to the Wahhabi sect of Islam.

The report, entitled Saudi Arabia’s Curriculum of Intolerance, was prepared by Freedom House’s Center for Religious Freedom in cooperation with the Institute for Gulf Affairs.

Freedom House analyzed a set of 12 current Saudi Ministry of Education religion textbooks, used in the current academic year in Saudi Arabia (and in Saudi run schools outside the Kingdom). These texts were collected by the Washington-based Institute for Gulf Affairs from teachers, administrators and families with children in Saudi schools. Freedom House had them translated by two, independent Arabic speakers.

“What is being taught today in Saudi public school textbooks about how Muslims should relate to other religious communities will poison the minds of a new generation of Saudis,” said Nina Shea, Director of the Center for Religious Freedom and principal author of the report. “Whatever changes have been made in the Saudi educational system, clearly more needs to be done.”

The report’s findings contradict claims made repeatedly by senior Saudi government spokesmen that they have thoroughly revised their educational materials. Over a year ago, Saudi embassy spokesman Adel al-Jubeir stated: “We have reviewed our educational curriculums. We have removed materials that are inciteful or intolerant towards people of other faiths.” The new Saudi ambassador to the United States, Prince Turki al-Faisal, while on a nation-wide speaking tour earlier this year, asserted: “We eliminated what might be perceived as intolerance from old textbooks that were in our system.” Just last week, on May 18, the Saudi Foreign Minister, Prince Saud Al-Faisal stated that “…the whole system of education is being transformed from top to bottom. Textbooks are only one of the steps that have been taken by Saudi Arabia.”

However, the report shows that these textbooks:

The Wahhabi sect of Islam is the foundation of the Saudi state’s political ideology, and at the core of its educational curriculum. According to the Saudi embassy in Washington, the Saudi public school system has 25,000 schools, educating some 5 million students. Saudi Arabia also runs academies in 19 world capitals, including one outside Washington in Alexandria, Virginia, that use some of these same religious texts. Moreover, Saudi Arabia also distributes its religion texts around the world to some Islamic schools and madrassas that it does not directly operate.

Given the closed nature of Saudi society, the Center has not undertaken a comprehensive review of the entire Saudi educational reform effort. The report was undertaken in response to concerns over whether the Saudi government has removed intolerant passages from its textbooks, and it urges the U.S. government to raise at the highest levels the continued teaching of hate and intolerance within Saudi Arabia.