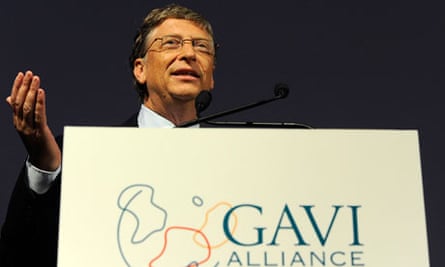 BRUSSELS/BANGKOK, Dec 16 (Reuters) – Tens of millions of migrants may be denied COVID-19 vaccines from a global programme because some major manufacturers are worried about legal risks from harmful side effects, according to officials and internal documents from Gavi, the (Bill Gates’) charity operating the programme, reviewed by Reuters.

Tens of millions of migrants may be denied COVID-19 vaccines from a global program because some major manufacturers are worried about legal risks from harmful side effects, @Reuters finds https://t.co/RJVsJej8xH 1/7 pic.twitter.com/cR2OHjJlip

Nearly two years into a pandemic that has already killed more than 5 million people, only about 7% of people in low-income countries have received a dose. Vaccine deliveries worldwide have been delayed by production problems, hoarding by rich countries, export restrictions and red tape. Many programmes have also been hampered by hesitancy among the public read more.

The legal concerns are an additional hurdle for public health officials tackling the coronavirus – even as officials say unvaccinated people offer an ideal environment for it to mutate into new variants that threaten hard-won immunity around the world. Many COVID-19 vaccine manufacturers have required that countries indemnify them for any adverse events suffered by individuals as a result of the vaccines, the United Nations says.

Let me help y'all understand, our governments have to agree not to hold manufacturers liable for vaccine side effects before forcing us to take it, but since migrants legally have no government, they can actually sue. They don't want to give the vaccines to those who can sue🤣🤣 https://t.co/wBqe5LHI36

Sudden death is listed as one of the side effects of the vaccine but if I were to say that you may suddenly die after taking the vaccine my tweet will be labeled as misleading. https://t.co/9Ft4yrRIgs