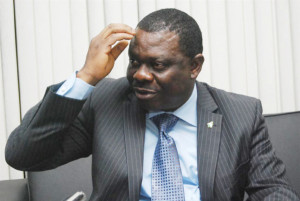 These are interesting times. Pariahs of yore are being canonised as saints. The price is affordable. All that is needed is to feign a hop onto the change train and kowtow at the shrine of anti-corruption fight and pronto one’s sins are forgiven. Or, at least that is the thinking of the onetime Attorney General of the Federation (AGF) and Minister of Justice, Michael Kaase Aaondoakaa.