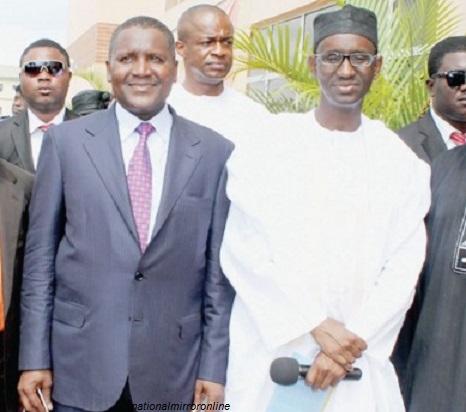 Adamawa’s elections were disrupted yesterday by thugs hired by the Ribadu brothers.

Shortly after voting commenced, Nuhu Ribadu’s camp hired thugs from Ngurore who came with machetes and other dangerous weapons and the thugs who included women loaded in buses went on to disrupt the elections as soon as it was noticed  The Ribadu’s were losing their Bako ward.

The Bako ward people all set out to make sure that he, Nuhu did not deliver his ward to the PDP, not to talk of Adamawa state in general in spite of the distribution of 30 million naira each to 21 local governments.

Luckily for the citizens, Bako youth were already alerted that the Ribadu thugs were coming and were prepared for worst. With the help of security agents they arrested the thugs and terrorists and took them to SSS office.

The state commissioner of police declared a curfew in Adamawa state effect from today Sunday but the state government under the leadership of Bala James Ngilari distanced themselves from the police and said nothing happened in the state and there will be no curfew.

People are alleging that Nuhu Ribadu bribed the commissioner of the police to declare the curfew so that the PDP may rig the election under its cover.