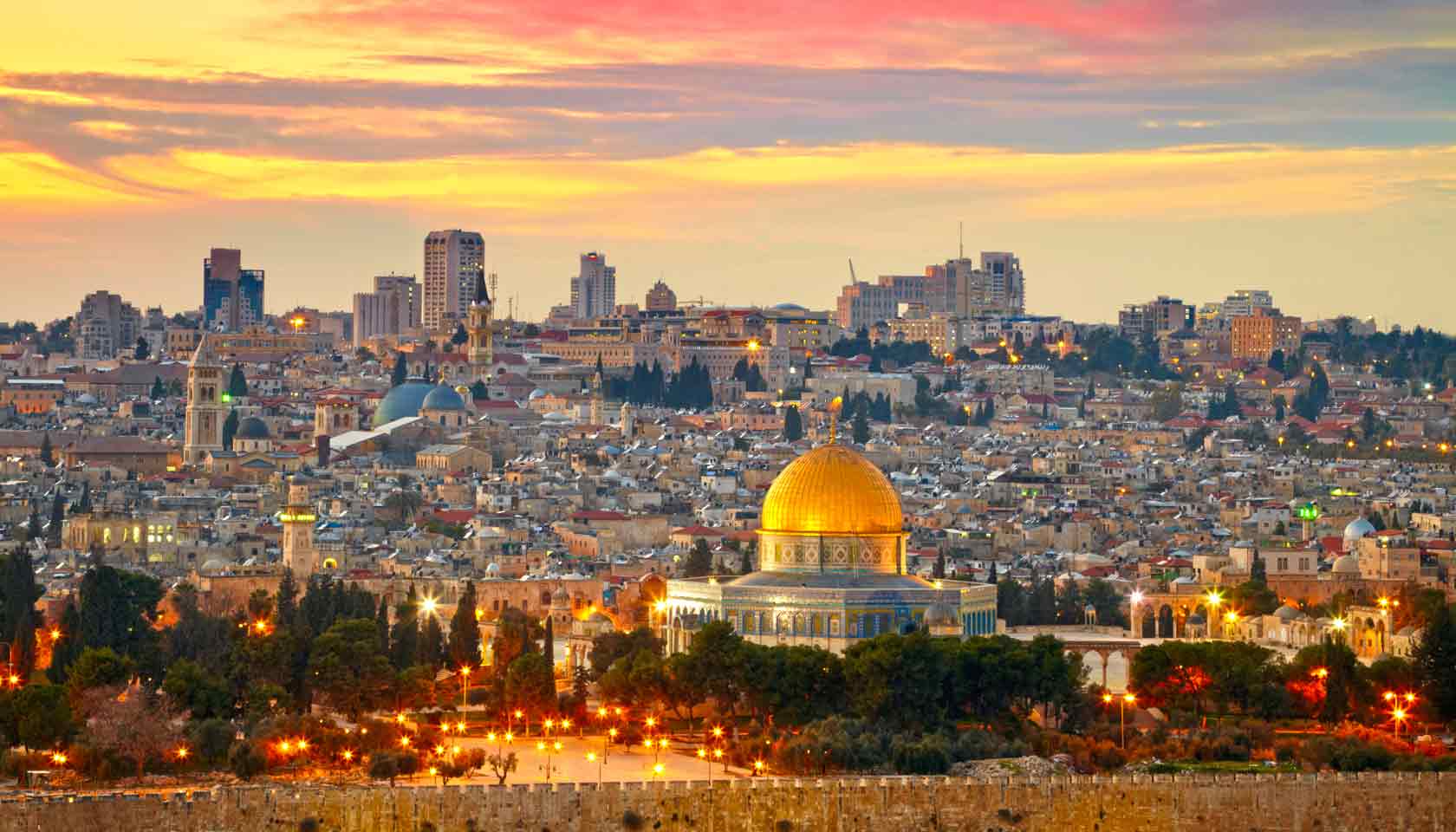 As is known to many, a Middle East Peace Conference was held in January 2017. The joint declaration issued following the conference revealed that a consensus was reached on a “just”, “lasting” and “comprehensive” resolution to the Israel-Palestine conflict.

There are many factors and mutual demands that affect the Israel-Palestine peace process; these should definitely be brought to forefront of the agenda and solutions should be sought. However, there is an issue that requires resolution as important as the issue of Jewish settlements, the status of Jerusalem, the water conflict, the status of the Palestinian refugees, and the foundation of the Palestinian state. That issue is that of the right of the Jews to live on the Holy Land.

Jews have the right to live on the Holy Land. This right was granted to them by our Almighty Lord and this fact was clearly stated not only in the Torah but in the Qur’an as well. The Holy Land is not just a sacred site for just one Abrahamic religion; this area is sacred for the members of all three religions.

Everyone is aware of how significant Jerusalem is for all Abrahamic religions. Like Jerusalem, the Temple Mount (Haram al-Sharif) too is a sacred site for Jews, Muslims and Christians alike. For thousands of years, prophets had proclaimed their religion here. It is on these lands the Prophet Solomon built the Temple, the Prophet Jesus spread his religion, and Islam was spread to world. The sacred sites, including Jerusalem, are the homeland of prophets and the common heritage of these three religions.

Therefore, to be able to reach a permanent solution to this problem, it should first be accepted that both parties have the right to live on the Holy Land.

God commands the believers in the Qur’an to never discriminate between the Prophets. All Holy Books and divine religions preach love, guardianship and compassionate treatment of the People of the Book (Christians and Jews). The Qur’an commands the believers to befriend and ally with the Jews, not to bear hostility against them, and orders those who say, “There is only one God” to become brothers and sisters.

It is the failure to fully comply with these commandments of the Qur’an that plays the main role in the disputes between Israel and Palestine. It is according to the Qur’an that Jews also be present in the Holy Land just as Muslims or Christians are and to carry out their acts of worship there. What is in accordance with the Qur’an is that Muslims and Jews should live in friendship and peace in these sacred sites. God informs the believers in the Qur’an about how Jews will be present in the Holy Land as follows:

We said to the tribe of Israel after that, ‘Inhabit the land and, when the promise of the Hereafter comes, we will produce you as a motley crowd.’ (17: 104)

Remember when Moses said to his people, ‘My people! Remember God’s blessing to you when He appointed Prophets among you and appointed kings for you, and gave you what He had not given to anyone else in all the worlds! ‘My people! Enter the Holy Land which God has ordained for you; do not turn back in your tracks and so become transformed into losers.’ (5: 20-21)

Remember when we said, ‘Go into this town and eat from it wherever you like, freely. Enter the gate prostrating and say, “Relieve us of our burdens!” Your mistakes will be forgiven. We will grant increase to all good-doers.’ (2: 58)

God has made these lands a beautiful homeland for those who have true and sincere faith and laid down a condition for them in both the Qur’an and the Torah: “Peace.” Therefore, the true Jews and true Muslims who inhabit this land should always side with peace and act conciliatory. It is only then that these lands will become a safe haven for all religions.

How good and pleasant it is when God’s people live together in unity! (Psalms, 133/1)

For he ruled over all the kingdoms west of the Euphrates River, from Tiphsah to Gaza, and had peace on all sides. (1st Book of Kings, 4/24)

One of the main reasons behind the problems in the Holy Land is the misinterpretation of the term ‘Zionism’ by a certain group of Muslims. ‘Zionism’ is simply a reference to “Zion” – another word for the Holy Land.  Zionism signifies the Jews’ right to live on the Holy Land in harmony with their neighbors. As this issue is misinterpreted among certain Muslim groups and often distorted by various circles, it fuels an unfounded Zionism phobia in some Muslim societies. For this reason, it is extremely important to straighten this issue out at every opportunity.

It is a truth that the Jewish presence in the Holy Land is a beauty, a source of joy and elation for us, Muslims. These people, who have remained loyal to the Prophet Moses and their religion for 4 millennia, are the ornaments and beauty of the Holy Land. In the same way, the Christians and Muslims too are the ornaments of these lands…

What is essential is that Muslims and Jews should work hand in hand to establish the reign of peace and love together; which means that no one forces one another to leave their homes or their countries behind. Together, Muslims and Jews can usher in peace, rebuild the Prophet Solomon’s Temple and restore the region to its former glory. This is possible and will surely come true.

Our Jewish brothers and sisters are a people faithful to God, a people as pure as divine light. As Muslims, we can forge an alliance with the Jews and establish a friendly, amicable and wonderful peace in the region. The duty to preserve this peace lies with all of us until the Day of Judgment.