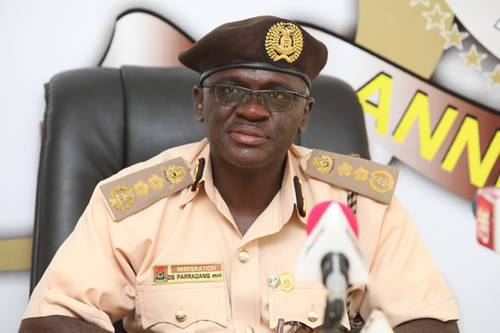 The deputy comptroller general, Martin Abeshi, will take over while Mr. Parradang is on suspension, according to the News Agency of Nigeria and Premium Times.

While no immediate reason was cited, the suspension comes just two days after Vanguard reported that President Buhari has ordered an investigation into the Ministry of Foreign Affairs.

The investigation concerns the issuance of a Nigerian visa to Ahmad al-Assir, a notorious cleric supporting Islamic State or ISIS. Al-Assir was arrested last Saturday at Beirut’s Rafik Hariri International Airport, where he was attempting to leave for Nigeria via Cairo. He was in possession of a fake Palestinian passport and a legitimate Nigerian visa.

The anonymous Ministry of Foreign Affairs official who told Vanguard of the probe mentioned, “The reported arrest of the wanted terrorist is a huge embarrassment to Nigeria and the president has directed that the matter should be investigated.”

The official also said that Nigerian embassies are supposed to keep track of wanted persons in the country they service. “We are amazed that such a high profile terrorist would evade our radar. This is a major breach that cannot be allowed to go without investigation.”

The official furthermore mentioned the additional concern raised by the fact that Boko Haram pledged allegiance to ISIS in March of this year.

Al-Assir had been wanted since 2013 when his followers fought a two-day gun battle with Lebanese soldiers, killing 18 of them. He was reportedly recruiting members for ISIS to join the ongoing fighing in Syria.