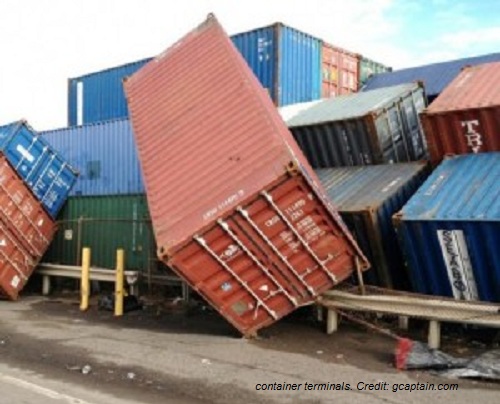 NewsRescue– The total global impact of hurricane Sandy on the East coast of America may never completely be measured as more realize and reel from effects of the storm all over the world.

Yesterday evening the Grimaldi shipping line, one of the major shipping lines to South America and Africa, sent out a hardly awaited for email to it’s clients. “Due to this force majeure event, all vehicles have suffered significant damage due to extensive flooding at the Terminal and are no longer in acceptable condition for safe loading, transportation, discharge and delivery…. you are requested to arrange for pick-up of the affected vehicles…”, was the summary of the message.

It was a confirmation of what shippers and importers had long feared and waited, called frantically and tried to get information about from Grimaldi for the weeks since the storm. 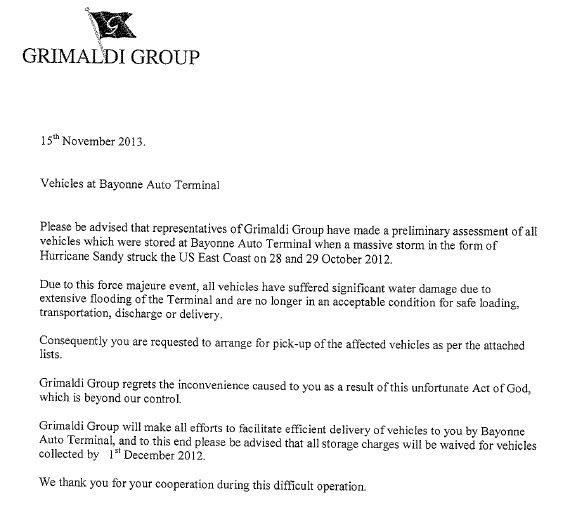 Shippers have been asked to pay a $85.00 fee and tow all the 6000 cars at the terminal away, and check if and which cars are damaged.

New Jersey and New York ports were hard hit by hurricane Sandy which caused an estimated loss of over 50 billion dollars.

“I lost over 20 brand new 2013 Toyota Camry’s”, a Nigerian shipper wailed. Another said all his goods loaded in his containers, an estimated value of $100,000 had been destroyed.

The effects of this ‘force majeure’, as Grimaldi tagged it had hit Nigeria, one of the major global importers of American cars and goods in devastating proportions.

Containers were said to have been tossed around and dropped with physical damage as well as flood damages.

Any type of insurance and more specifically flood insurance is rare and many businesses involved definitely do not have this.

New Jersey is a major export port for American cars.

In addition to 16 Fisker Karma plug-in hybrids that were burnt in the wake of Superstorm Sandy? They’re not the only bad news for the luxury green automaker: more than 300 Karmas, worth over $30 million, were sitting at Port Newark when it flooded and got destroyed. In all, over 10,000 vehicles were damaged at the port when the waters rose. In other words: fire bad, water really bad. Read more…

But Frisker Karma manufacturer unlike many other victims of the storm has insurance and says they will not have any financial losses. 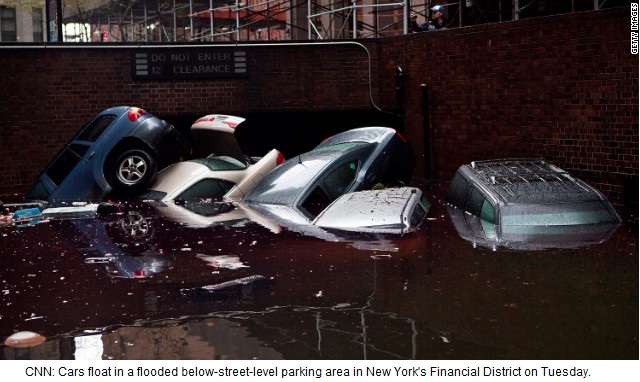 So many people’s lives all over the world will simply never be the same again.

“Grimaldi Group regrets the inconvenience caused to you due to this unfortunate Act of God, which is beyond our control”, the message went on to say. Even though not compensatory, or consolatory, at least it was honest.