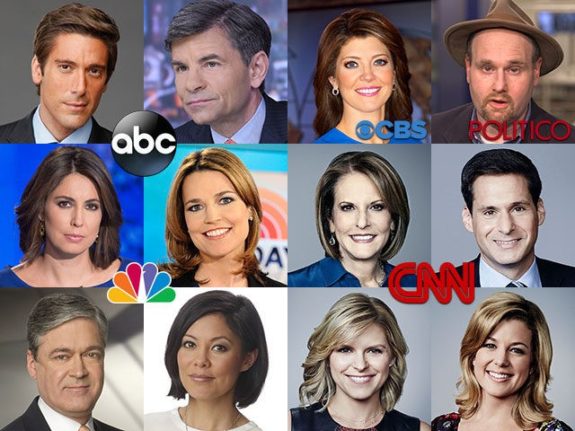 Former congressman Ron Paul revealed a list of “fake news” journalists he claims are responsible for “bogus wars” and lies about Hillary Clinton’s chances of winning the election. Journalists from CNN, the New York Times, and the Guardian are included.

“This list contains the culprits who told us that Iraq had weapons of mass destruction and lied us into multiple bogus wars,”according to a report on his website, Ron Paul Liberty Report. Paul claims the list is sourced and “holds a lot more water”than a list previously released by Melissa Zimdars, who is described on Paul’s website as “a leftist feminist professor.”

“These are the news sources that told us ‘if you like your doctor, you can keep your doctor,’” he said. “They told us that Hillary Clinton had a 98% of winning the election. They tell us in a never-ending loop that ‘The economy is in great shape!’”

Paul’s list includes the full names of the “fake news” journalists as well as the publications they write for, with what appears to be hyperlinks to where the allegations are sourced from. In most cases, this is WikiLeaks, but none of the hyperlinks are working at present, leaving the exact sources of the list unknown.

CNN is Paul’s biggest alleged culprit, with nine entries, followed by the NY Times and MSNBC, with six each. The NY Times has recently come under fire from President-elect Donald Trump, who accuses them of being “totally wrong” on news regarding his transition team, while describing them as “failing.”

The failing @nytimes story is so totally wrong on transition. It is going so smoothly. Also, I have spoken to many foreign leaders.

I have recieved and taken calls from many foreign leaders despite what the failing @nytimes said. Russia, U.K., China, Saudi Arabia, Japan,

The publication hit back, however, saying their business has increased since his election, with a surge in new subscriptions.

CNN’s Wolf Blitzer is also amongst those named on the list. In an email from the Democratic National Committee (DNC) released by WikiLeaks, the DNC staff discusses sending questions to CNN for an interview with Donald Trump.

So-called ‘fake news’ has been recently attacked by US President Barack Obama, who claimed that false news shared online may have played a role in Donald Trump’s victory in the US presidential election.