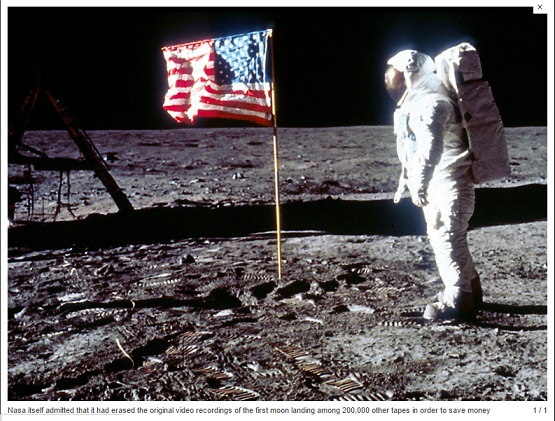 The increasingly tense relationship between the United States and Russia might be about to face a new challenge: a Russian investigation into American moon landings.

In an op-ed published by Russian newspaper Izvestia, Vladimir Markin, a spokesman for the government’s official Investigative Committee, argued that such an investigation could reveal new insights into the historical space journeys.

According to a translation by the Moscow Times, Markin would support an inquiry into the disappearance of original footage from the first moon landing

in 1969 and the whereabouts of lunar rock, which was brought back to Earth during several missions.

“We are not contending that they did not fly [to the moon], and simply made a film about it. But all of these scientific — or perhaps cultural — artifacts are part of the legacy of humanity, and their disappearance without a trace is our common loss. An investigation will reveal what happened,” Markin wrote, according to the Moscow Times translation. Read full on Independent