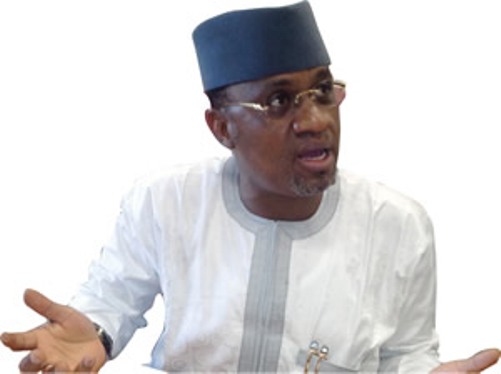 Many activities of change for the better, change for good are taking place in Nigeria under the able and capable leadership of our revolutionary president in person of Muhammadu Buhari, but the activities of saboteurs are suppressing our dream to reality. They (saboteurs) seems very resolute in their unforgiving quest to destroy our resolve to change Nigeria for the better, they want to continue to be the masters and we the slaves. They have, since from beginning, used their grand commander of the looters in person of former president Goodluck E Jonathan to sabotage this government of change.

We all can recall vividly, the scene created during the hand over from government of PDP to the government of change, the hand over notes were manipulated, delayed and sabotaged by the saboteurs of change. Intentionally, they delayed the notes, and even though they were handed over at last, the notes were adultrated with concocted lies and forgery.

The drama continued with another intended sabotage, they proposed a change to the hand over date. While it is officially may 29th, they relayed a massage of their treacherous plan to hand over on the 28th. They were very cunning, subtle, dangerous, and determined to extricate the new life we were all longing for, the future is bright, we all thought at that time, but the saboteurs were always a step behind. It was not our strategy, not our art of political war, not our might, but the might of almighty God whom release us from the bondage of the barbarians, from the dungeon, claws and pangs of the monsters. At that time, we all thought of an intended machinations to harm our newly elected president Muhammad Buhari, others said it was a plan to create a window for clueless Ebele to escape justice.

This single act cost us six to seven months without a cabinet, but it was good, the president used that time to relate directly with the permanent secretaries, in the process he got primary information and leaks which a political minister would have considered to sideline, especially with enormity of it huge implication of the actor behind the scene.

Then the saboteurs put a powerful negative media campaign against the president and against senator Bola Ahmed Tinubu, our real lion of the Bourdillion. This came after their raucous, negative and defamatory media adverts during the presidential campaigns. Almost one year into the government of president Muhammad Buhari the saboteurs are yielding enormous power of sabotage to discredit the underground and behind the scene changes that are taking place.

We Nigerians are always eager and ahead of our time, many of us would want to see it in the physical and in no time, forgetting or unaware of the revolution taking place, we many atimes want to see a house standing, but we dont care about how we put the foundation. We are a lucky people to have gotten a president in person of the “tested and trusted” as Ex-president Obasanjo put it and this is after he has contracted forensic accounting experts and released to them the books of the petroleum Trust funds, popularly known as PTF and now the rest is history, but what we learn is Obasanjo is fully convinced that Buhari is and remained uncorruptible.

The saboteurs are sleepless, unforgiving and adamantly dangerous, they knew only what their mind searches for, they have more than enough siphoned resources, they can wield those stolen resources to unseat a government and our government of change is no exception. They are of various categories, and they can be found in every sphere of government, they are selfish and one sided, they are in the house of assembly, atleast we are all witnesses to the sabotage concocted to whistled the resolve of the ruling party (APC) to elect one of them as the speaker of the 8th house of assembly, they are in the judiciary, afterall we are all living witnesses of Odili’s involvement through his wife in reference to Wike’s victory in the supreme court verdict of River’s state governotorial election petitions. We are all aware of the purported logic or technicalities used.

Saboteurs are also in the senate, they breath and eat sabotage, they started with the senate president election, they hide Senator Bukola Saraki in a car boot and deceived their colleques to attend the peace meating summon by the president, they elect Bukola Saraki as president of the 8th senate, a PDP man and Ikweranmadu as the deputy senate president, both are PDP men flesh and blood, Just like a wolf in sheep clothing, they have been prying grandnut on our palms.

Since Then, we only know of senator Bukola Saraki and politics of self glorification. During his trial at the CCT, they maligned our intelligence, they advocated that the judge has a case of corruption to answer, this is in their usual manner of sabotage, they only succeeded in dragging time, but we Nigerians are patient dogs and surely we will eat the fattest bone.

They discredit this government at every slight opportunity they have, they are there in every sphere and it is our job to root them out, shame them and finally destroy their barbaric intentions against the government and against our interest as the people with sovereignity.

After all the above mentioned sabotages, they continued their act with the stolen or lost budget, we Nigerians cannot imaging how the budget of change was stolen by these senators, insulted and discredited, their aim was to rubish the president and we the Nigerian people. The intentions was to kill all of us with delays so that the budget will not be timely passed as usual and intime for people to reap the goodness sowed in it by president Muhammad Buhari.

Now, the fate of Saraki is already sealed with destiny, that is why they want to intimidate the remaining good brought up senators, they intended to start with senator Marafa of Zamfara state.

We are waiting for their moves, they said they will discipline him because of his interview with the punch newspaper, because he exposed their anus to the people, because he maintained his stand on the resignation of Saraki as senate president which was acquired fraudulently.

We Nigerians are very angry with the stealing of our common wealth by these saboteurs of change, they inturn are angry with our support for change, the stanch of their corruption excrement is blowing the fresh air that we breath. Before, in the life of this nation, we only knew of corruption of few millions or some hundred millions stolen only by the big wigs, but in the past government of Goodluck Ebele Jonathan, a director is known as relayed by the media to have stolen hundred of billions, not two digit but three and in billions, a trillion stolen by a first lady, some $20 billions was stolen by a water goddess, what can i say Nigeria? What?.

The present government of change is on course, i can vividly remember that Buhari said we should all be patient, the road to recovery will be tedious and rough, but our resolve for change is enormous, we are ready to suffer for some few months, we know greatness is in the opine, Nigeria will soon scale the hurdles, we are on the way of African Dubai, competiting with Malasia, Brazil and Singapore in the field of science, economy, infrastructures, education, healthcare, military, aeronautical and space science.

Our lives are at stake, Buhari must clean the obstacles for future governments, a solid foundation for better Nigeria, a reliable political and democratic government that can care not only for the human beings in it belly, but also for the dog that slipped into a ditch and need to be rescued, for the chicken with a fever that need to be treated, and for a donkeys cold that needs antibiotics. We believed, Buhari will provide that and only our support can make it a reality.