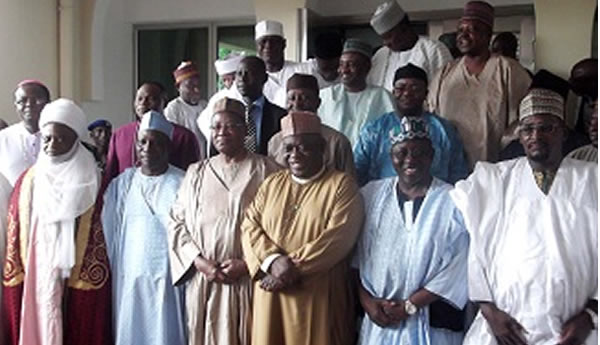 The Northern Elders Forum, NEF, has described the disbandment of the Special Anti-Robbery Squad, SARS, a unit of the Nigeria Police Force, by the Federal Government as an ill-thought measure that poses a serious threat to the Northern part of the country and its people.

The Forum said what is needed to bring out the best in the Nigeria Police Force is a holistic overhauling to address challenges relating to shortfalls in its policing strategies.

In a statement signed by NEF spokesman, Hakeem Baba-Ahmad, made available to Arewa Voice, the group drew the attention of the Federal Government to what is called “the virtual non-existence” of security agencies to protect lives and properties of some communities in the Northern part of the country.

“The Forum notes that this decision, SARS’ disbandment, should be placed in the context of the huge demands that had been made for the President to address serious shortfalls in our policing and security institutions.

“There have been many abuses that ought to have been checked by this and earlier administrations, but were ignored or treated with levity owing to very low levels of respect for accountability. It is a sad commentary on the manner this administration approaches sensitive matters such as security of citizens that it had to be forced into taking this decision after serious damage to the integrity and credibility of our policing and security institutions.

“The Forum reminds President Buhari that hundreds of thousands of people in Northern communities have been at the mercy of bandits, kidnappers and rustlers without any form of police protection.

“It is clear that many things are seriously wrong with our policing and security institutions if the same institutions will be accused of extra-judicial acts by some citizens, and virtual non-existence by other citizens.

“It is not acceptable that thousands of our fellow citizens in the North will be virtually abandoned to armed criminals and a vicious insurgency, and the Nigeria police will get a slap on the wrist for acts that go against the core of its mandate in other areas of its responsibility.

“The Forum demands that the spirit deployed against SARS should be visited on policing and securing the North. We further demand a complete overhaul of our policing and security agencies, starting with the removal of service chiefs and the involvement of responsible opinions and initiatives that will address the manner the nation is designed to be policed and secured.

“We appeal to fellow Nigerians to show the highest levels of restraint and maturity in the manner we organise the defence of our rights. Under no circumstances should we encourage acts that increase our exposure to crime, lawlessness and insecurity.”