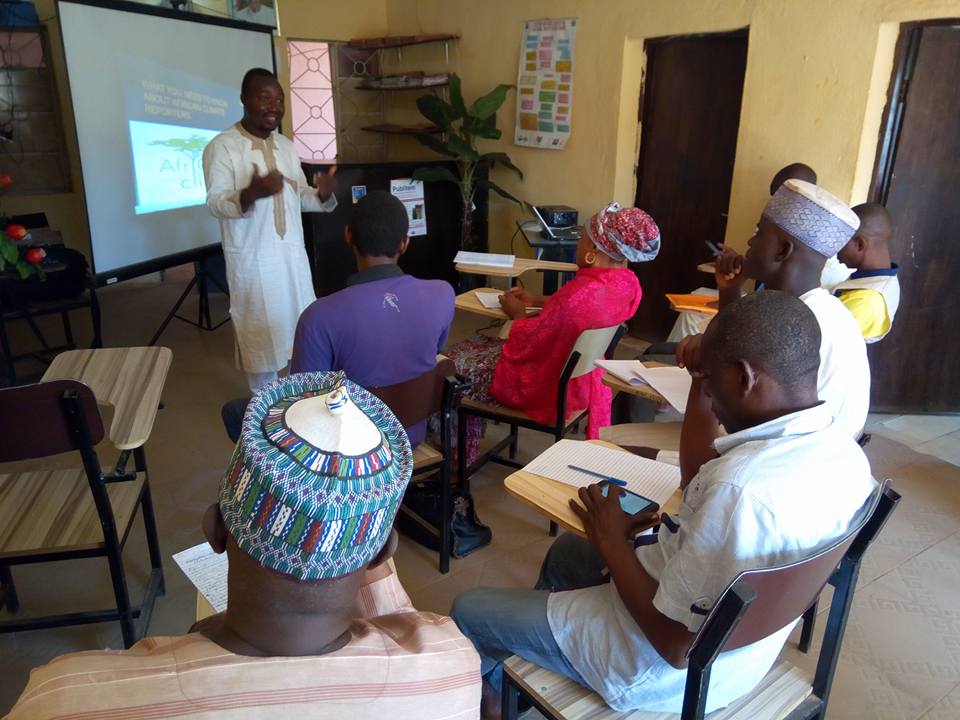 The aims of the one day workshop which is organize by women Hood school of health sciences and African climate reporters , with other environmental expert  is to sensitize 10 Nigerian journalists on Climate change education, and to train them  on the importance of science reporting as the harmattan is just behind the corner,so as to avert the spread of environmental pollution as the season comes with different respiratory diseases.

Mr Nurudden Bello is the school Director ,and he explained why they decided to organized the First journalist training on  Climate change and scientific reporting in Nigeria”Many journalists are afraid of reporting on science and technology and climate related issues. They think these subjects are either too complicated for them to understand or too boring for their audience. This does not need to be so. With the proper preparation, and by following a few simple rules, reporting science and technology can be one of the most interesting jobs a journalist can do. And it certainly does not have to be difficult.”

Nurudden said, Science and technology have always played an important part in Man’s existence, even though our ancestors may not have called their knowledge and skill  by  these  names.  When our ancestors decided on the best season for planting yams, they usually took into account the season, the weather, the amount of water available, the fertility of the soil and a host of other factors. This was simple science. When they dug the soil with a pointed stick or built paddy fields, this was technology“Giving both sides their due” is a basic principle of newsgathering. particularly when covering political and social debates. But good reporting on science issues requires more than a simple “he said/she said” approach to balance.

“What we discover ,is that Many African journalist are so afraid of any issues related to science,technology and climate change, because of the scientific Term,so we then decided to organize this type of workshop for them,in other to educate them on some of the scientific words and Terms and teach them how they will be reporting them without having any problems.”

Nurudden noted that   Science and technology today range all the way from basically theoretical subjects such as quantum physics to more practical subjects like medicine, agriculture and engineering.

He  further stated that Some subjects, such as agriculture and medicine have everyday practical benefits for mankind. Others, such as astronomy, help us understand our universe but do not have an immediate practical effect on us, adding that There is a host of other fields such as physics, chemistry, zoology, marine biology, geology, ecology, medicine, psychology, mechanical and electrical engineering – the list is enormous and growing every year. Science and technology is too important for journalists to ignore.

In science, claims must be backed up by evidence. Understanding the context for a scientific assertion or research study is crucial to giving your audience a balanced view, and allowing them to assess the truth of competing claims.

scientists hold themselves to high standards of transparency and subject each other’s work to rigorous critiques. The advancement of scientific knowledge is a collaborative effort, one where openness and exchange of ideas are essential. But ideas are not enough – scientists work by accumulating evidence to support, refine or overturn our current understanding of the world around us.

In his own remark Comrade Mohammed  Zakariyya who is the country director of African climate reporters in Nigeria said Climate change affects us all, but we still are not acting as quickly as we should to address its causes, mitigate the damage, and adapt to its effects. Many people don’t understand the risks climate change poses to global economic and social structures. And, sadly, many who do understand are dismissive of the far-reaching benefits a global shift to sustainability and clean energy would bring about.

Mohammed pointed out clearly that “as a result of shortage of science reporting and climate change with other science related topic in most of our African media,that is why they decided to organize this workshop and hoping to continuous education more journalist on science related subject. 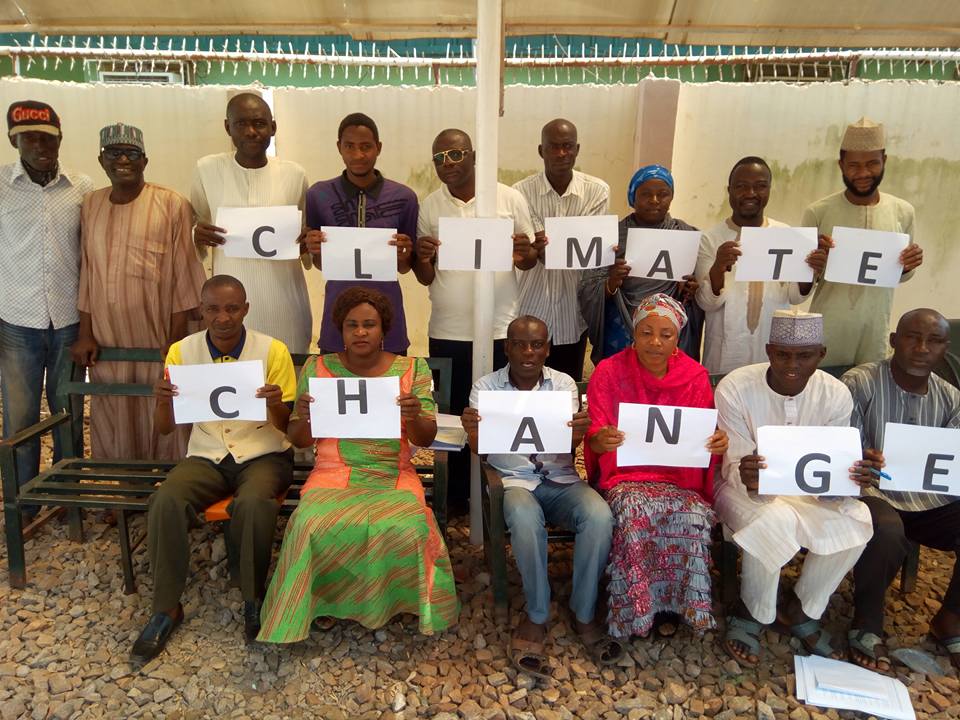 In conclusion Mohammed suggest that national and regional programs to increase citizen engagement with climate change need to be tailored to the unique context of each country especially in African countries .

Some of the participant were journalist from  International radio stations,National “FRCN  “and state own media “Ksmc” with on-line and bloggers with some other experts and religious leaders.