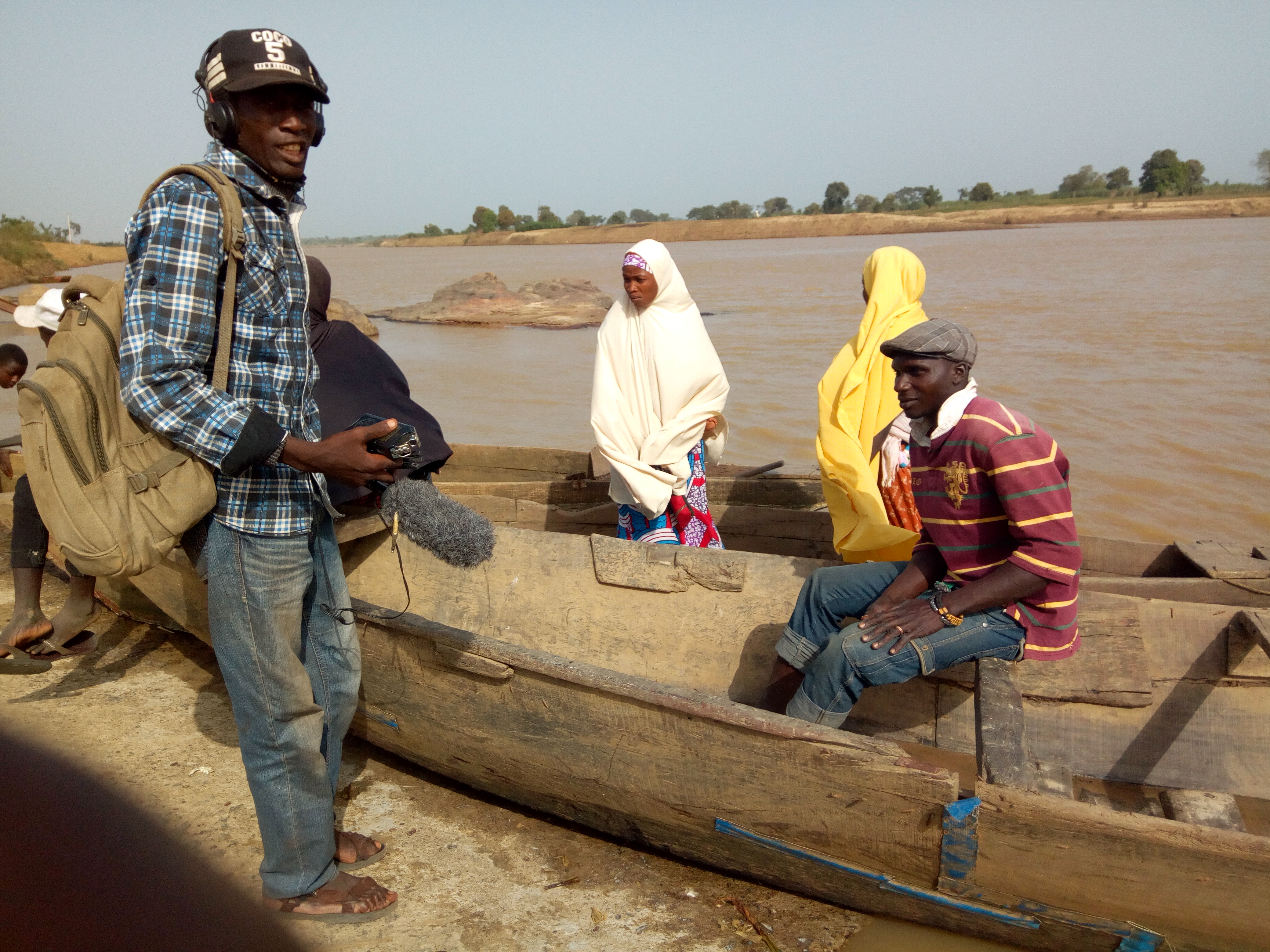 The name of the village is called Hayin kogi- Mishigi,and located in Igabi kaduna North-western Nigeria.

majority of the habitants  in the region including women were mostly local farmers , businessmen, Fishermen,with other commercial activities that is  operating just beside the River band.

Residents complaint bitterly on how shortage of hospital and clinic with medical facilities is seriously contributing to maternal death of women including children in the area, as most of them depend 100 % of using canoes as a mean of transportation and exportation of all farm produce to kaduna market.

Mallam Shamshindeen Abdulmudallib, is one of the resident in the area,he  told news men that ,he lost wife while trying to cross the River with her,adding that his friends really  help him in carrying her in the boat, while she was bleeding seriously ,and at the time they arrived hospital, she was already dead.

According to him many men  loses their wives here,because some time, women  begins  their labour in the mid -night, and while arriving the River band lately ,the commercial canoe drivers might have gone home.

Shamshindeen told the press men that ,Raining season is one of the most difficult times for the resident in the area to move freely due to the nature of the soil ,and this is one of the most intricate moment for Village pregnant women and the little children to move from their local villages to Town in search of medical facilities.

Shamshindeed added that Women living in Kurmin Mishigi in the same area has to Trek –long distance before entering the boat to cross the River in other to go for their anti-natal and other medical check-up, many women living in the area always suffers when ever it come to the issues of delivering their babies due to lack of facilities, they have to cross River despite its danger, to come to the cities.

Another resident in the area, named Sani Dan Auta,who was interview by the press  in the canoe with his wife, he told the journalist that he is going to hospital, because he doesn’t want his wife to died in the area.

Dan Auta added that, “as you can see, I am going to hospital with my wife right now ,and let me tell you ,No serious man will ever allow his wife to died in this abandoned community ,am taking my wife to where she can meet doctors and other qualified nurse, where she can delivered peacefully.”

Dan Auta said, the community has been begging the state Government to construct Hospital and bridge  for them, so as to reduce the rate of women Dying in the area,but till today there wasn’t any attempt by both the state and federal government.

Another women living in the community name withheld told  news men that, since the returned of democratic government in Nigeria,there wasn’t any progress in the community or any changes they have seen so far,because local government, state and the federal have forgotten about their existence.

She added that “our children primary school is in a bad situation, no roof, No health facilities, No social amenities, there isn’t any thing that is moving in the area,simply because the Government has abandoned them.”