Home Africa See Pictures From The Suicide Bomb Blasts On Maiduguri Mosque This Morning
Facebook
Twitter
Pinterest
WhatsApp
ReddIt
Telegram
Over 28 were killed in the explosion this morning during morning prayers. In another Mosque bombing later the same Friday another 27 Muslims were killed by Daesh, this time in Yola.
Below are pictures from the first blast in Maiduguri, Jidarri Polo 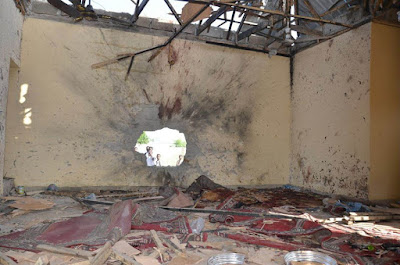 Here are photos from the early morning bomb attack which occurred in a mosque in Maiduguri, Borno state, killing and injuring many worshippers. The blasts, according to residents occurred in Jiddari Polo area at about 5am when Muslims were performing the first congregational prayer of the day on a most holy day, the Ashura day when God parted the sea for Moses. 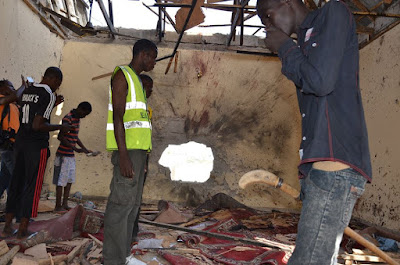 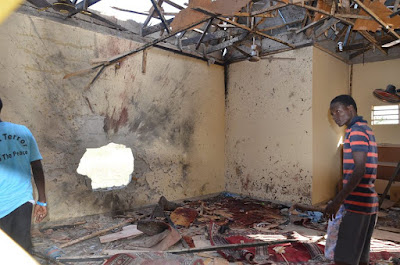 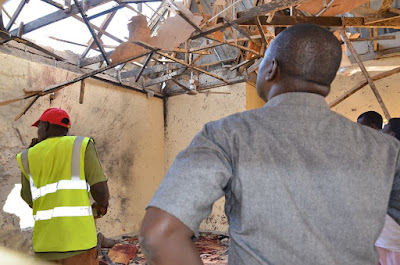