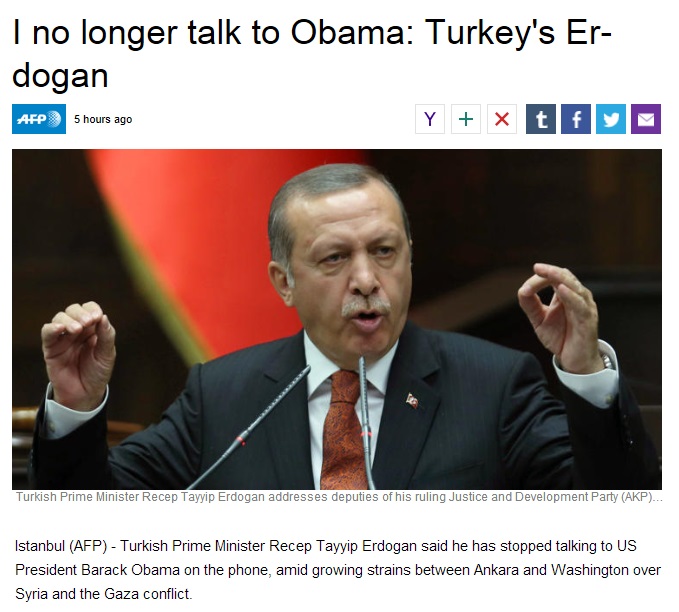 This is serious; Turkey’s Erdogan really dislikes US president Obama. He never forgave the world when it became his turn and he was almost evicted by riots against him for his involvement in Syria, and the global press did not come to his aid. Since then he realized the rebound from realized his plan against Syria rather almost evicted him faster than it affected Syrian leader. Erdogan’s Turkey was a main platform for destabilizing Syria. They kept recruiting and training terrorists to go against the Syrian regime, loading them into Syria through Turkey. the Turkish people did not like Erdogan for this and almost got rid of him with serious protests. Since then, those trained against Syria have destroyed Iraq and now, under the name, ISIS, threaten world peace. All the enemies of Syria are now embarrassed and fighting themselves.