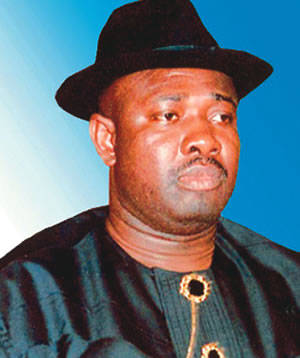 Senator Heineken Lokpobiri denied reports earlier this week published by The Punch that he had been arrested by Department for State Service (DSS) agents for election malpractice and the theft of election materials in Bayelsa West Senatorial District despite evidence to the contrary.

Mr. Lokpobiri told members of the media on Wednesday that The Punch’s report was “preposterous, warped and lacking in credibility.” He added that this it was a “pedestrian report  which painted a picture that I was arrested in 2011 for alleged electoral fraud.”

Mr. Lokpobiri made these remarks at a time when the National Assembly is screening him to be a minister in President Buhari’s new government. However reports in the media at the time show Mr. Lokpobiri was arrested at the Ernest Ikoli Press Centre while speaking to the Nigerian Union of Journalists in Yenagoa, Bayelsa State.

His arrest was at the behest for the former Chairman of the Independent National Electoral Commission (INEC) Attahiru Jega over his connections to electoral misconduct surrounding the April, 9th National Assembly election. Minutes after INEC’s request, DSS agents arrested Mr. Lokpobiri on April 11th, 2011.