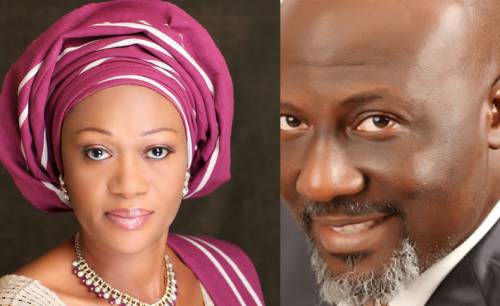 Senator Oluremi Tinubu, who represents the Lagos Central Senatorial District in the Senate, today requested police protection from the Acting Inspector-General of Police arising, following the menacing July 14 behavior of Senator Dino Melaye towards her during a discussion.

“It was the timely intervention of a number of colleagues which prevented Senator Melaye from unleashing a physical attack on me,” she said in a letter to the police boss. “However, as the leadership of the Senate did not call him to order in the circumstance, he proceeded to threaten my life without any provocation whatsoever.” 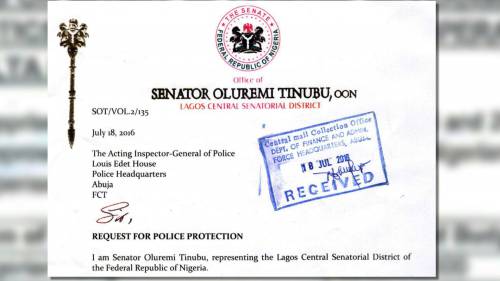 Various Senators who were present during the altercation confided in the press that Mr. Melaye said he would beat up and impregnate Senator Tinubu, wife of the National Leader of their common All Progressives Congress (APC) party, Asiwaju Bola Tinubu, and that he would incur no repercussions.

Melaye subsequently denied the reports, but not the altercation, without stating exactly what he had said to Senator Tinubu during his outburst.

Recalling Senator Melaye’s antecedents in the federal legislature, “particularly in the House of Representatives where a brawl led by him had led to the untimely death of a member,” Senator Tinubu said in the letter she decided not to ignore his threat to her life.

Last week, Asiwaju Tinubu warned Mr. Melaye not to believe his own hype should he beat up another Senator, saying the Kogi Senator had sunk to his “lowest ever.”