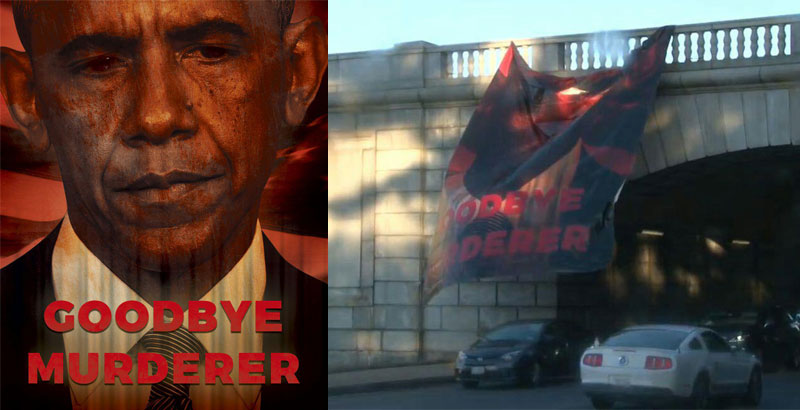 Political activists say that the outgoing US president is responsible for deaths of thousands innocent civilians in Libya, Syria, Iraq, Yemen and Ukraine. A banner with the inscription “Goodbye, Murderer!” and a photo of outgoing US President Barack Obama has been hung out on the Arlington Memorial Bridge, a mile from the Pentagon building.

“By doing this we are saying goodbye to murder Barack Obama, who is leaving the Office soon. He is guilty of assassination of thousands of innocent lives in Libya, Syria, Yemen, and Ukraine. During his tenure he started numerous bloody wars. He does not deserve to be a winner of the Nobel Peace Prize. His true prize awaits him in the Hague court docks,” one of the political activists wrote on his Twitter account.

We hung out a huge banner right on the Arlington Memorial Bridge. Goodbye to murderer @BarackObama #ThanksObama pic.twitter.com/t95d7f5x8n