The Nigerian army soldiers have surrounded an Islamic Movement building in Zaria, called the Husainiyah Baqiyyatullah house. Many have been shot and confirmed dead. At this time details of the conflict or aggression are not available, however the Islamic Movement website is writing that their house was besieged for no reason.

Armored tanks were n the scene as well as battle stationed troops according to the pictures.

A convoy of the Chief of Army staff is said to have been involved.

As many as 20 are reported to have been killed.

This confrontation happened while President Buhari was on official visit in Kaduna.

We will give you details as they come in…

Here are pictures from the scene by Islamic movement: 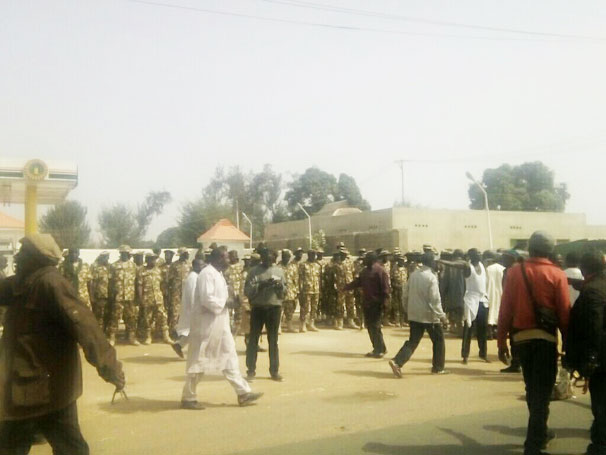 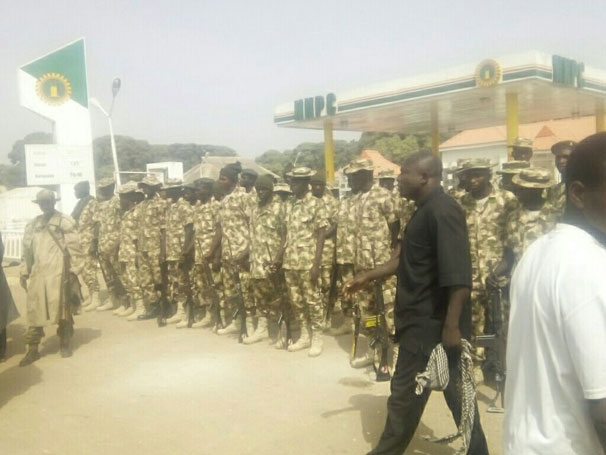 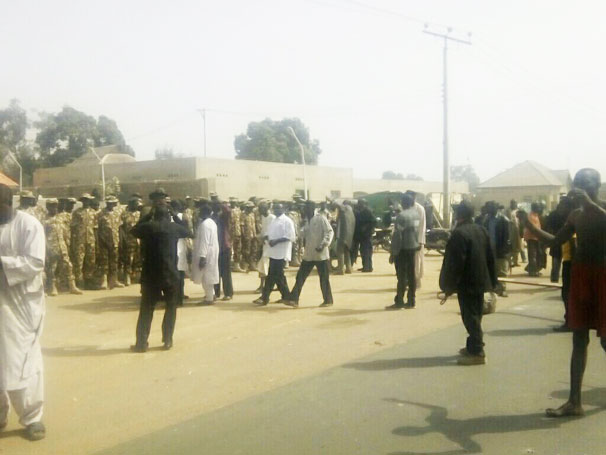 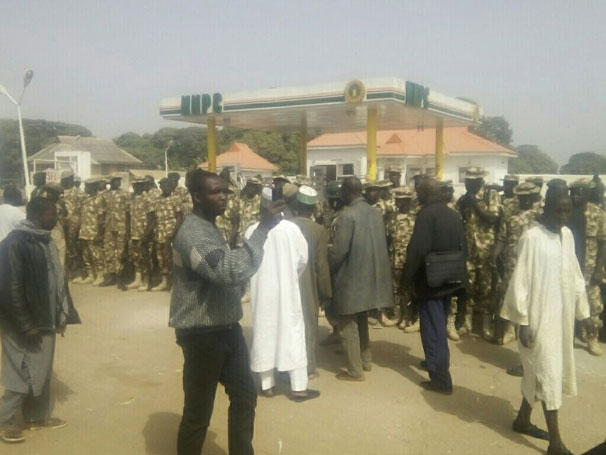