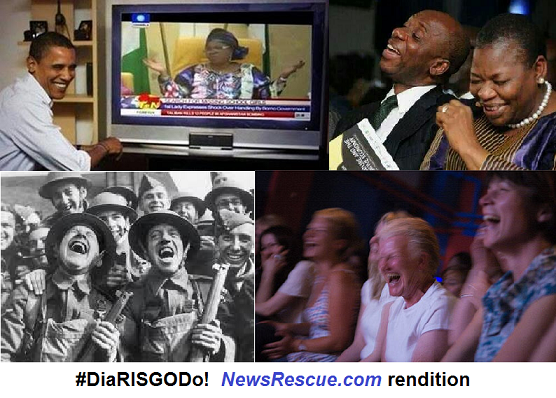 A trusted inner-circle confidant of the Nigerian President, Goodluck Jonathan has revealed that the First-Lady/president’s wife, Patience Jonathan is behind the refusal of the State security services and defense forces to rescue and free over 200 girls abducted from a school in Chibok, mid April.

According to the source who demanded absolute confidentiality, the President told him that his wife said, “the girls and their families must suffer as she suffered humiliation in the eyes of the world,” further threatening the president that “he should get rid of her (President’s wife) first, before he dares to order the rescue of the abducted girls.”

The source said that this is why several successful efforts to free the girls were aborted by executive order of the president at the last minute. Source said the American experts involved in rescuing the girls were exasperated — that despite accurate intelligence shared which made safe rescue missions possible since several weeks ago, Nigeria simply refused to give the order.

It would be recollected that a Boko Haram sympathizer and chief negotiator, Ahmad Saldika was flown in from the UAE to negotiate the release of the girls in early June. He had successfully struck a deal and took a video showing the girls with Boko Haram to the presidential Villa, however at the last minute when the swap of the girls for non-combatant Boko Haram ‘sympathizer’ prisoners was to be conducted, the president suddenly called in from France where he was attending an anti-terror summit, and aborted the mission. He said that this was due to pressure from his wife.

The source also reminded us that when the Chief of Defence Staff, Air Chief Marshal Alex Badeh had revealed to Nigeria that they knew exactly where the abducted girls were, the presidency displayed its anger towards him for making this known to the public. See: Presidency angry with CDS, Badeh, over Chibok girls’ sighting claim

He explained that president Goodluck Jonathan’s hands were tied by his wife who felt so humiliated when videos, songs and even T-shirts of her crying and making incoherent utterances [#DiaRISGODo] went viral. Source said, she took it very personal with the victims, the teachers and families for turning her down when she invited them over for a coffee meeting to crush the globally spreading scandal of the abduction. 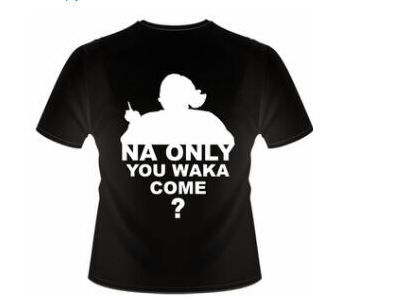 Source further said, the First-lady has never felt so humiliated in her life, and recognized that the scandal of the abduction and failed efforts including her and government denials, and publication of a fake rescue after the event, made this (abduction) incident the major challenge to a second term ambition. As such, she said for as long as she lives, the girls must remain in the forest and die with the terrorists.

According to our reliable informant, it is open knowledge in executive and top military circles that the 200+ girls could be rescued within 24 hours of an order by the president however such order was not forthcoming due to ‘domestic matters.’

“If you want the girls out tomorrow, talk to Patience,” he concluded.