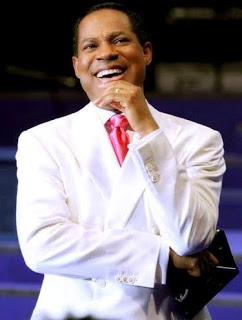 Chris Oyakhilome is facing trouble in South Africa after refusing to comply with government orders to release his financial records. According to a report in News 24, several prominent church leaders have not adhered to the demands of the South African Commission for the Promotion and Protection of Cultural, Religious and Linguistic Communities.

The Commission, led by Thoko Mkhwanazi-Xaluva is investigating the commercialisation of religion and the abuse of people’s beliefs within South Africa, where Christ Embassy has several branches.

“These people take money from people. What are they doing with that money? We want to know. We will not back down,” she said.

“Some of these religious leaders will face prison if they do not comply and we have been clear about our course of action,” she insisted.

Mkhwanazi-Xaluva singled out Oyakhilome, stating that he insisted he would fight the commission in court before releasing his records.

“If he intends on that route, we are ready. He will have to face the same fate as the others who refuse to hand over their financial records,” she said.

In contrast, a source who attended the hearing of South African Bishop Stephen Zondo, stated that Mkhwanazi-Xaluva cited an equally controversial Nigerian megachurch leader, T.B. Joshua, as an example of one who openly used his finances to assist the less-privileged, something she expected of all clergy.