(CNN) The United States is evacuating non-emergency staff from its embassy in South Sudan, after an escalation of fighting in the capital that has killed scores including a Chinese U.N. peacekeeper.

The State Department said the security situation in Juba Sunday had seen a “sudden and serious deterioration,” with clashes between government and opposition forces breaking out into “general fighting.”

The United Nations Security Council, which held a closed door meeting in New York Sunday, expressed “shock and outrage” at attacks on civilians and U.N. compounds, saying they may constitute war crimes.

It called on President Salva Kiir and his rival Vice President Riek Machar to control their respective forces, prevent the spread of violence and genuinely commit themselves to the implementation of a ceasefire and peace agreement. 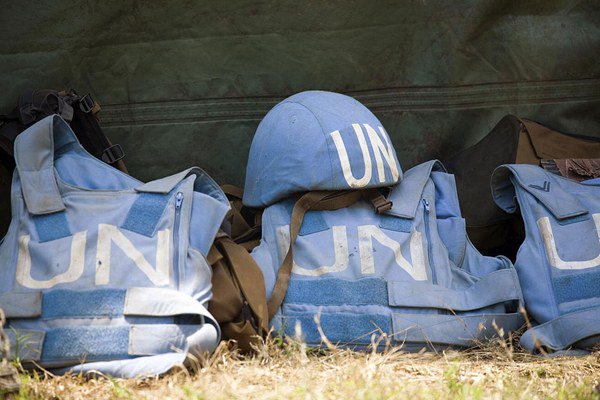 Fighting first broke out Thursday, with skirmishes between troops loyal to Kiir and soldiers who support his deputy Machar.

Fighting flared again Sunday, with gunfire exchanged outside a U.N. building, after a lull Saturday when the young country celebrated the fifth anniversary of its independence from Sudan.

“What we may be seeing is a total breakdown of command and control in Juba,” said Kate Almquist Knopf, director of the Africa Center for Strategic Studies. “We need to watch carefully for whether a cycle of reprisal killings by either side begins in the next few days.”

Earlier, South Sudan’s information minister said the government is “in full control” of the capital, Juba, despite the United Nations reporting that the weekend’s deadly violence had carried into Sunday.

Church services were interrupted by fighting between troops loyal to the president and those backing the vice president, but the violence has since subsided, Information Minister Micheal Makuei Lueth told South Sudan Broadcasting Corporation.

Lueth said President Kiir would issue a permanent and unilateral ceasefire before Sunday’s end and urged his rival, Vice President Machar, to do the same “because we want to save the lives of the people of South Sudan.”

How many have been killed in fighting between factions loyal to Kiir and Machar is unclear. Though one estimate puts the death toll close to 150, other reports indicate more than 270 have been killed. CNN is working to confirm an exact death toll.