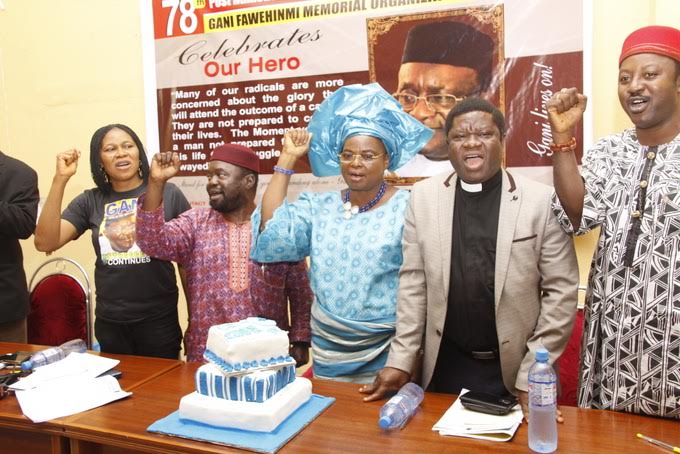 The Chairman of (GAFAMORG) Comrade Ayodele Akele, asserted that the organization will continue to demand for the immediate release of all prisoners of conscience currently been held without trial by the regime. He also called for the immediate release of the head of Shiite Muslims in Nigeria Sheik Ibraheem Zakzaky, his wife Hajia Zeenat Ibraheem and scores of his followers been detained. Also called for the release of IPOB leader Nnamdi Kanu. (GAFAMORG) remains totally oppose to IMF/World Bank dictated anti-masses and pro-rich programmes and austerity measures.

The widow of Gani Fawehinmi, Mr. Ganiyat Fawehinmi said Nigerians are suffering as a result of fuel scarcity and challenge the government to deal with saboteurs and bring an end to the suffering of the Masses. She encouraged the husband’s associates to continue to fight for the downtrodden.

The Secretary General of Campaign for Democracy, Prince Obi Goodluck, called for the establishment, of Gani Fawehinmi Freedom square in Abuja where aggrieved Nigerians can gather peacefully to protest and ventilate their anger over bad governance.