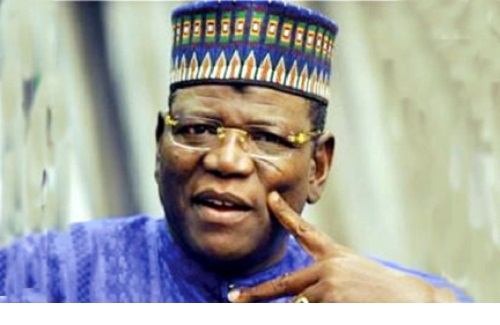 Sule Lamido as an individual was once a progressive and die hard protector of the masses,especially the vulnerable northern Nigerian masses,but that was soon to change.His progressive characters was those of his mentor Malam Aminu kano, the true champion of the masses interest and aspirations,’the true champion’ this is because these days many are wolves in sheep clothing just like the progressive turned enemy within.

This life is full of suspense and suprises,if not? what turned Sule Lamido a once people leader,the masses leader,to become the elitist town carrier. Many questions have been asked by the masses who knew Sule Lamido as a great and fearless oratorical fighter when it comes to the issue of the Northern Nigerias interest in scheme of things at the National level.

At the beginning of this political dispensation,Sule Lamido was a composed politician,who was well respected by the masses of the North.Just like Tinubu was a leader of the yoruba who talked down government policies not beneficial to his people,like Edwin Clark or Aneniah who also claimed to be the Niger Delta leaders,Sule Lamido was once part of Northern Nigeria leaders that are well respected and their words regarded as the cut of the knife,but not anymore.

Sule Lamido started to loose masses respects when he vehemently insisted on the clueless Jonathan as the president in the just concluded 2015 general election.Many believed that the ferocity of his insistence was born out of the generosity of the Jonathan government in giving considerations to individual interest than the collective interest of all,Sule Lamido inclusive.

Sule Lamido’s popularity was at the rise in the beginning,while in the PDP he was always against any unpopular policies of the lead PDP government,especially those policies that touches the interest of the North,but that popularity soon  started to decline when he again mustabate his ferocious support for Jona the clueless.

Sule have spat many things to so many faces,he usually talked in a thug like manner,though,many his assertions were true reflection of the situation,he was soon to change when they blackmailed him through his family. His sons were charged with money laundering,charged with laundering $50,000. Sule was soon to realised his mistakes,he was whipped back to line,afterall many others were scouting with millions all over the place.

Sule become more aggressive this time around,he insisted northerners must accept Jonathan as president in 2015,while northerners knowing the situation,tagged Sule Lamido as the enemy of northern Nigeria. the powerful governor remains so till date and he is to be forgiven only if he will choose to side with the people than the looters,curropt and dishonest people that he hang with as associates.

Sule Lamido was to regain his conciousness when he once again sides with the G7 governors,though short lived,sule Lamidos popularity was soon to sky up,the masses were jubilating, they once again sees him as the emancipator and protector of their interest. He was seen as the arrow head of a new rebellion against Jonathan and his clueless government. He was braced as the promoter of a new hope for the hopeless people of Nigeria,but alas,he was soon to join head with another much hated northern leader,Dr.Babangida Aliyu the governor of Niger state who was seen as indelible ink of anti northern Nigeria.

Their sojourn was pain staking becouse it cost the north disunity,but where soon to betray the rest of the governors,reason,personal interest,for Sule the trial of his sons will be stopped,while for Aliyu they promised him presidency come 2019. What a stupidity.

Sule was soon to admit that he betrayed the rest of the governors when Dr.Rabiu musa kwankwaso referred to him as a betrayer,but surprisingly he was announcing it with profound joy believing Jonathan will win,he played all his cards in one single basket and now he has become a loser. Jonathan lost,Sule Lamido lost a battle which will take him years to re-candle, a bad political mathemathician who failed to calculate the already solved political math of the2015 election,likewise, failed to see how unpopular Jonathan is and the equations that Jonathan will loose the election  were fully calculated by the majority of Nigerians.

Now a court has freezed all known government and personal bank accounts of sule Lamido and his family,making this once powerful governor totally powerless,if it were before when government was new,Sule would have said something harsh concerning this development but since he is powerless he kept mute.

One Must Always Direct One’s Thoughts to ...