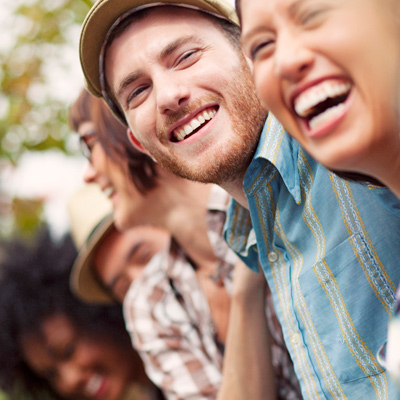 One of the gravest dangers awaiting the believer is idolatry, or ascribing equals to God. No matter what the believer does, he must gather all his will, strength and powers of concentration to avoid falling into that swamp. The offense of idolatry, forgetting God and regarding people and events as independent of Him, is very grave in His Sight. In the Qur’an God reveals that:

God does not forgive anything being associated with Him but He forgives whoever He wills for anything other than that. Anyone who associates something with God has committed a terrible crime. (Surat an-Nisa’, 48)

God does not forgive anything being associated with Him but He forgives whoever He wills for anything other than that. Anyone who associates something with God has gone very far astray. (Surat an-Nisa’, 116)

Looking at these verses, it is clear that believers must not think of idolatry as meaning solely “adopting gods other than God and worshiping idols.” Attributing independent identities to people, ascribing the words they speak to them entirely or forgetting that every event we experience takes place under the control of God is also a form of idolatry. When a believer forgets God and destiny he falls into idolatry, and this manifests itself as a lack of submission. The main forms of lack of submission and secret idolatry are sorrow, distress, unease and stress. The body falls sick due to lack of submission, and the soul suffers on a constant basis. Forgetting God and that all things take place under His control rebound against one in the form of suffering and misery.

Think of the difficulties you face over the course of the day – your boss at work who gives you a hard time, a friend you think is being ungrateful, or a distant relative who quarrels with you. Do these people act out of God’s control? What about your car that simply refuses to start in the morning? Or the way you took a wrong turn on your way to the office, or the way you missed a plane you needed to catch? Or what about you not getting that job you wanted, or the loss of a dear friend in a traffic accident, or the hurtful words spoken by a friend? Do all the many such things that happen over the course of a day happen outside God’s control? Or does everything that happens to you do so second by second according to a plan ordained by God? Does destiny go by before our eyes, or do people direct events?

At this point, the believer needs to muster all his concentration and think hard. Nothing that happens to us does so without the knowledge and will of God. The believer must enshrine that truth in his heart and polish it on a regular basis. People have no power of their own. They have no power with which to speak hurtful words, be ungrateful, lack understanding or behave unjustly. Everyone speaks the words appointed for him in destiny by God, second by second, and everyone takes the steps ordained by Him. The believer must watch these events from the outside, know that he is being tested and submit to destiny with all his heart. Instead of thinking about events or other people, he must grasp the wisdom behind events and feel no doubt that he is being tested at all times: After all, life is a place of testing, an examination room, for the believer.

… We deal out such days to people turn by turn, so that God will know those who believe and can gather witnesses (or martyrs) from among you – God does not love wrongdoers – (Surah Al Imr’an, 140)

Defying destiny is idolatry. Yet destiny is unchanging. You can take all the precautions you like and strive to your heart’s content, but that which is destined to happen will happen. Everything we have experienced and everything we will experience was ordained in our destinies before we were born. Since unbelievers and those who refuse to submit to God are in a state of idolatry, they develop an exaggerated impression of people and events. The more they forget God, the more important other people become to them. So blind do they become that they cannot see the power and might of God. When something untoward happens, they immediately complain that “so and so did it to me.” Yet that person has no power even to lift his hand without God being aware of it, let alone commit the deed in question. Not a word can pass his lips without God’s knowledge. Sorrow, pessimism, rebellion and tears are the foundations of the polytheistic lives of unbelievers. The price for living in a state of idolatry is a lifetime of tears and grief.

Mourning is another word for rebellion against God. The believer will always think that there is great wisdom in whatever befalls him, and that it constitutes very fine training. The believer comes into this world with a duty to prepare his soul for paradise and he will work on and improve his soul and deepen his faith throughout the course of his life. The best way of growing deeper in faith is to turn unquestioningly toward God in the face of all events and to always cling tightly to Him. Once the believer starts growing in faith, the invisible veils before his eyes are lifted one by one. Events and other people lose all importance, and the believer feels the oneness of God – the one absolute reality – in every cell of his body.

In the absence of idolatry, abundance, peace and happiness prevail in the believer’s life. The believer must therefore use all his strength to turn away from events and other people and to reflect deeply on God throughout the day and beseech and pray to Him. In that way, he can turn his whole life into a heavenly one through submission and acceptance. He will show that he loves God and never forgets Him every second of every day and he will fear idolatry in the same way that he does being cast into the fires of hell. He will make no concessions on his determination to submit to the will of God until the time of his death arrives. Having lived with the deep faith desired by God, he will then pass through the gates of paradise.

Remember your Lord in yourself humbly and fearfully, without loudness of voice, morning and evening. Do not be one of the unaware. (Surat al-‘A’raf, 205)