1 In Nigeria, the Shagari civilian regime fell into the debt trap by 1983

2 A military coup was launched.The newly established Buhari-Idiabon regime was clearly unwilling to do business with the IMF. Buhari envisaged barter, direct counter trade with Brazil and other Third World economies and other innovations as an option

3 A pro-IMF coup was staged by Ibrahim Babangida, endorsing the draconian conditionalities.

5 But Babangida got the sanction of the IMF and new bailout loans.

7 BUT Babangida went laughing to the Swiss banks

8 Eventually another military heavyweight, seized the baton in a new coup d’etat and a new wave of riots and imprisonment continued : A “gentleman”s” agreement?

10 The US administration endorsed the plan. His death in June 1998 buried this project and many gave a sigh of relief.

11 Needless to say that the removal of subsidy on health and education continued.The Nigerian education system continued to crumble under the weight of IMF conditionalities

12 Babangida stayed in the background and continued to enjoy a multi-billion fortune.
General Abdulsalam Abubakar, a new military leader promised to initiate democratization processes and return the trigger-happy soldiers to the barracks in free and open elections.This he apparently did. In 1999 and 2003 respectively, Olusegun Obasanjo, a former head of state and military leader won the Presidential election. We shall comment on the new developments from time to time.
Related: NewsRescue–How The IMF-World Bank and Structural Adjustment Program(SAP) Destroyed Africa 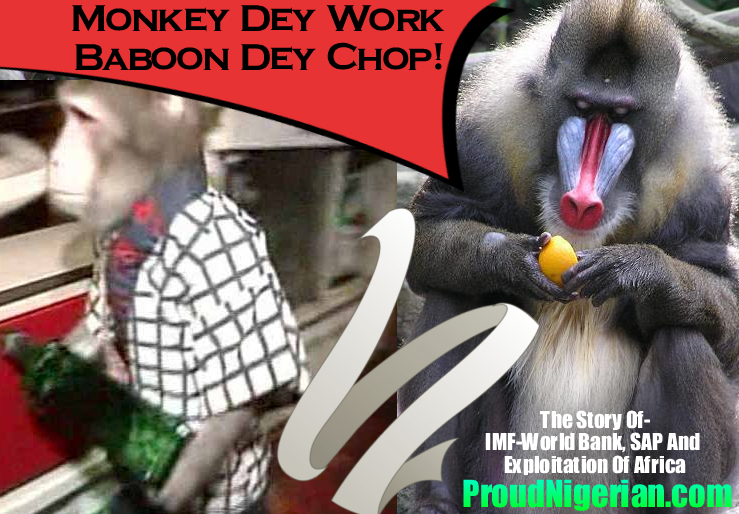 Consequences of IMF and SAP regulations