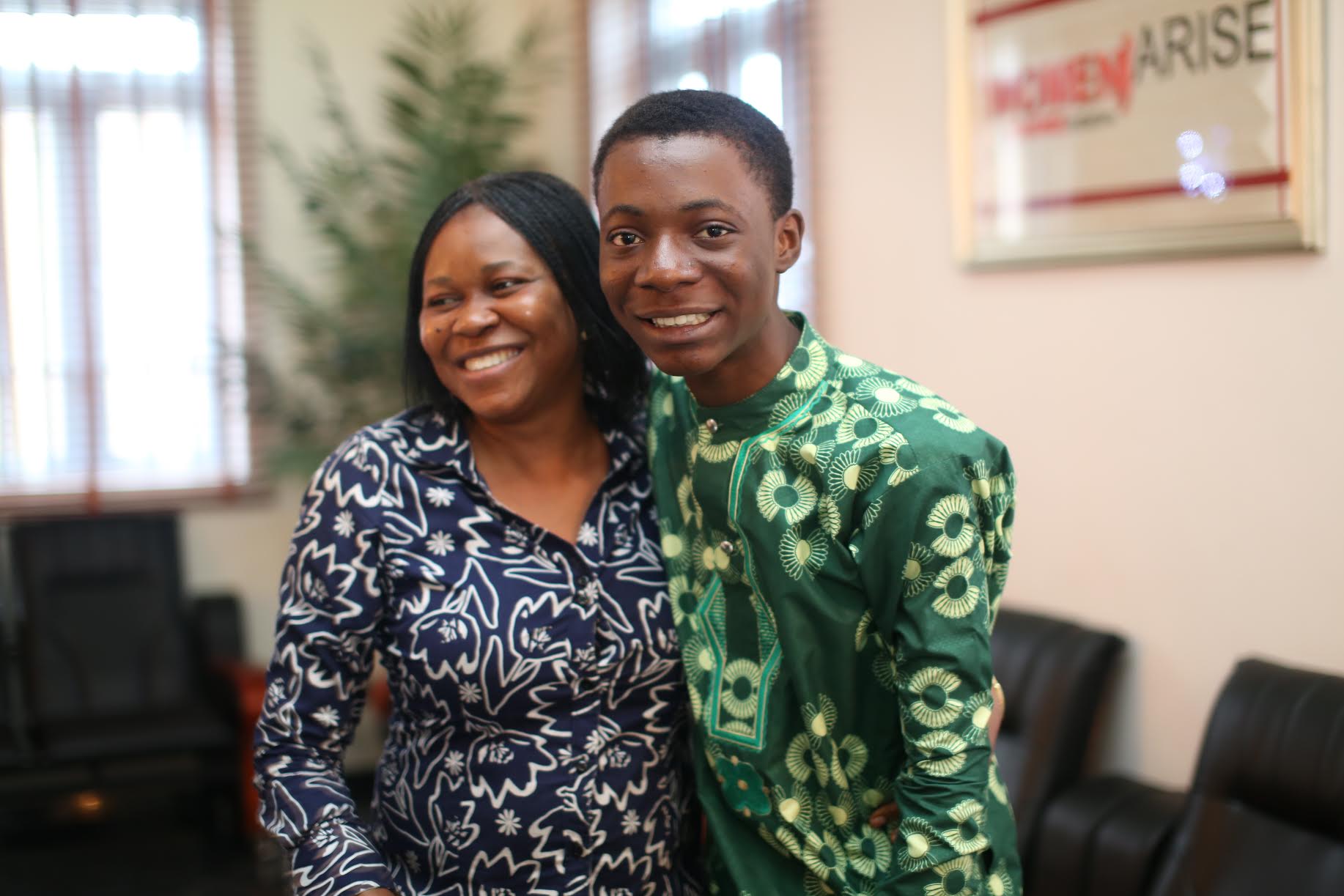 A candidate of the Unified Tertiary Matriculation Examination (UTME) who was caught by stray bullets during a violent clash in Mile 13 of Lagos, Mr. Bolaji Olaleye turns 17 today.

The survivor is celebrated by the Women Arise. Bolaji, then 16, was returning from his UTME test location at Ikeja, in bid to gain admission in order to proceed for tertiary education.

Upon alighting from the commercial bus he had boarded to his parent’s house, he was caught by the unannounced violence that had broken out in Mile 12. Bolaji was hit by a bullet fired from an unknown direction, which immediately pierced his stomach and ruptured his intestines.

Although he had managed to get to the nearest police station, supporting his poured intestines with his two hands, he was told off by the policemen on duty, who immediately denied him by support but hastened him out to go looking for a hospital. Apparently, he was expected to die due to how serious his injuries were.

Courageous Bolaji, however, with his intestines on his hands, struggled on, and was later assisted by some strange looking men, usually called “Area Boys”. They assisted him to a private Hospital in the Mile 12 area, where the First aid was administered on him, before he was subsequently transferred to the Lagos State University Teaching Hospital (LASUTH) in Ikeja, where a major surgery was done.

The Women Arise team led by their President, Dr. Joe Okei-Odumakin had stood by Bolaji and his parents through his treatment and recovery process.

On 10th of June,2016, Bolaji also went through a second correctional surgery in LASUTH. He was also showed kindness by the medical Doctors who conducted Women Arise team around the facilities.

What is uniquely notable in Bolaji’s story is his undying courage throughout the treatment process. Bolaji, from the point of being shot, had an unprecedented determination to live, and he did.

Bolaji had also pledged to study medicine and had also insisted he would live to rescue victims of violent situations, especially for his receipt of same privilege.

As he clocked 17 today, Bolaji chose to celebrate his birthday at Secretariat of the Women Arise for Change Initiative. He was full of appreciation to God, for a total restoration of his Health and special acknowledgment of motherly role played by Dr. Joe Okei-Odumakin through his entire period of his recovery. He also expressed his joy for the quantifiable support he received from the Women Arise while declaring his own membership of the organization.