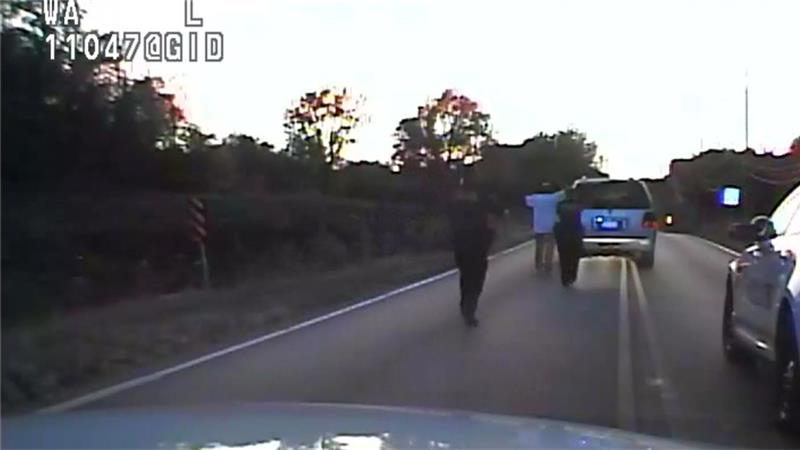 A US police department in Oklahoma has released video of an encounter in which an unarmed black man was shot dead by a white officer while his hands were up.

Video recorded by a police helicopter and a patrol car’s dashboard camera were released by the Tulsa police department on Monday show 40-year-old Terence Crutcher being shocked with a stun gun and then shot dead.

In the incident, which happened at about 7:40pm on Friday, Betty Shelby, a Tulsa police officer since 2011, shoots once and kills Crutcher while responding to a stalled vehicle report, according to the police department.

A man in the police helicopter circling above the scene is heard saying during the incident: “Time for a Taser,” and “That looks like a bad dude, too. Probably on something.”

When a second police car arrived as back-up, Crutcher had his hands up as he walked away from Shelby, who was following him with her gun pointed at his back. She was soon joined by three more officers, according to the dashboard video of the second squad car.

Crutcher was shot less than 30 seconds after the second car arrived, US media reported.

Before the release of the incident’s video and audio recordings, Police Chief Chuck Jordan announced that Crutcher had no weapon on him or in his four-wheel drive vehicle.

The initial moments of Crutcher’s encounter with police are not shown in the footage. Read full