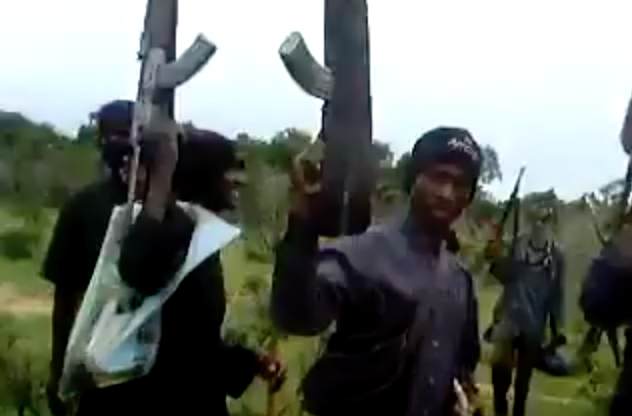 Armed men suspected to be bandits have killed at least 29 security officials in Niger State, PREMIUM TIMES has learnt.

The victims were members of a joint security patrol team compromising officials of the Nigerian Army, the Nigerian Police Force and Nigerian Security and Civil Defence Corps (NSCDC).

The attack occurred around Galkogo Forest, in Shiroro Local Government Area of Niger State on Sunday.

A military source said the security operatives engaged the bandits in heavy gunfire.

PRNigeria on Wednesday reported that the bandits suffered heavy casualties.

The bodies of security operatives and volunteers killed during the encounter were immediately evacuated and conveyed to the Minna General Hospital.

When contacted on the latest incident, the police spokesperson in Niger, Wadiu Abiodun, declined comments, stating that it is a military issue.

When reminded that some police officers were also killed, he insisted that the military be contacted.

“That issue is a pure military issue, I urge you to contact the military because they are the ones handling it,” he said.

When contacted, the Nigerian Army spokesperson, Sagir Musa, directed all enquiries to John Enenche, the acting director, defence media operation, who did not respond to calls and SMS.

Niger State has witnessed series of attacks by suspected bandits, leading to scores of deaths.

Some parts of the state share boundaries with Birnin Gwari Local Government Area of Kaduna State, that has suffered several attacks by bandits in the past few years leading to hundreds of deaths.

On Wednesday, the ‘Coalition of Birnin Gwari Associations and Union’ called on “the government to as a matter of urgency establish permanent Security Checking points along Birnin Gwari-Kaduna and Birnin Gwari-Funtua highways.”

“This is with a view to stopping the daily killings and abductions of defenceless citizens going on unabated on the two dreaded highways on daily basis,” the association said in a statement sent to PREMIUM TIMES, signed by Salisu Haruna.