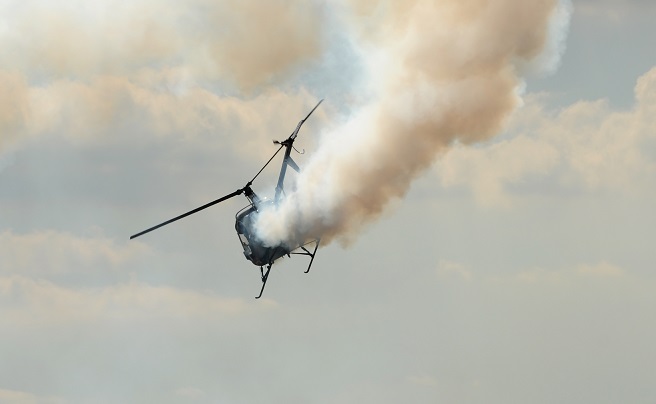 Bandits have shot down a helicopter belonging to the Nigeria Police Force.

He said the terrorist attacked the police using sophisticated anti-aircraft rifles and General-Purpose Machine Gun, GPMG, during an operation by the police.

It read in part: “Unfortunately, during the operation, a Police Bell helicopter, which provided aerial and intelligence cover for the ground troops came under attack from the bandits using sophisticated anti-aircraft rifles and GPMG.

“Commendably, the pilot and the co-pilot who demonstrated uncommon courage and expertise, successfully landed the aircraft at the Air Force Base, Kaduna without further incident.

“They were thereafter evacuated for medical treatment. Both officers who sustained non-life threatening injuries are currently receiving treatment and are in stable condition.

“The Police helicopter has since been flown out of the Kaduna Air Force Base by Police Pilots en-route to Abuja.”