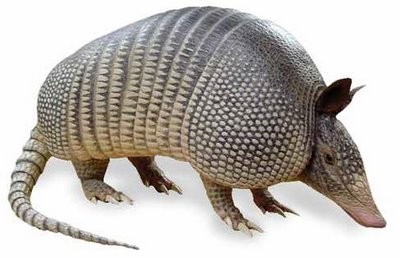 Evolutionary theorists declare certain species “ancestors” and certain species “descendants” despite the fact that they have no scientific evidence regarding any transition between species. Merely shaped by the imagination of evolutionists and not based on any scientific data, such scenarios are kept on the agenda until a more striking one is devised. Today, those used for this purpose are usually the news agencies; by reporting such news, a respected news agency -knowingly or unknowingly- becomes an instrument of spreading evolutionist scenarios among other news. Through this strategy, even fictitious news reports begin to gain validity. However, any information received by a news agency should be carefully analyzed by the editors, its authenticity should be investigated in the first place, regardless of its source, and its scientific value should be questioned.

There has been such an example in Turkey:

A news article recently reported by Anatolia Agency, a Turkish governmental press agency, received widespread media coverage. What rendered the news as attention-grabbing was the wording of the headline that commutated evolution: “The ancestor of Armadillos discovered”. (http://aa.com.tr/tr/bilim-teknoloji/armadillolarin-atasi-bulundu/525839) The headline gave the impression of a rashly written, unscientific news article that had nothing to do with the facts.

This news report was actually based upon the result of a study published in the February 22nd issue of Current Biology magazine: That article speculated on the ancestor-descendant argument of Darwinism.

You can find the scientific criticism of the article below, however, there is another point that draws attention: In the original article of Current Biology, which the Anatolia Agency based its news report on, there was no such statement that said “The ancestor of Armadillos discovered.” This detail should definitely be pondered upon.

A Mosaic Creature: Armadillo the Little Armored One

Armadillo, meaning “little armored one” in Spanish, is the only mammal alive that has a solid, protective shell. 20 armadillo species still exist in the world. They feed on ants, termites and other insects by using their long tongues reaching inside the nests.

Armadillos are defined as “mosaic” creatures because they have features resembling those of a number of different life forms. They have the eyes of a pig, the tail of a mouse, the ears of a mule, the armored scales of a crocodile and the thick shell of a tortoise along with the fur covering their underside. Due to such various features, armadillos have always posed a problem for evolutionists regarding their classification.

Species Diversity Existed Since the Beginning of History: The Evolutionary Tree Upside-Down

Species diversity existed since the beginning of history and this debunks the so-called evolutionary tree because the classification of species (taxonomy) is vital for the evolution theory. In a family tree based on such classification, branches branch out, the roots refer to ancestors while the branches refer to descendants. The evolutionist mentality, which claims that life forms derived from one another, is thus portrayed through this method. Evolution is being imprinted into people’s subconscious in a single drawing by imposing the so-called origin of species and their non-existent line of descents as if they were real.

Darwinists try to impose their arguments upon society to the effect that “species diversified over time” via such imaginary illustrations. However, this deceptive method is a portrait of imaginary scenarios that are far from being scientific and quite contrary to real data. The paleontological data is loud and clear: Species diversity did not increase gradually over millions of years by deriving from a single primitive cell or organism; on the contrary, diversity appeared out of nowhere “in its richest form” in the Cambrian period in the beginning of the history of life and it decreased in time.

The results of a research conducted in the UK University of Bath that was published in PNAS magazine documented the fact that the imaginary genealogy of evolution theory is debunked as follows:

“Contrary to popular belief, not all animal groups continued to evolve fundamentally new morphologies through time. The majority actually achieved their greatest diversity of form (disparity) relatively early in their histories. Lead researcher from the Department of Biology & Biochemistry, Dr Matthew Wills said: ‘This pattern, known as ‘early high disparity’, turns the traditional V-shaped cone model of evolution on its head.’”

The Armadillo: A Living Fossil

With the varied features they possess, Armadillos suddenly appeared on the stage of history without deriving from any ancestors. Armadillos were first seen together with sloths and anteaters in South America 130 million years ago. (Dawkins, R. The Armadillo’s Tale. In “The Ancestor’s Tale”, 2004, Houghton Mifflin Company, New York, New York, pp.180-181) When currently living armadillos are compared with fossil specimens that are millions of years old, no differences are found other than a few minor variations. It is for this reason that armadillos are defined as ” living fossils.” (Lampe, D. 1977. Unloved and Unloving, the Armadillo Blunders on. National Wildlife. Feb./Mar. 15 (2):35-37) As no species had existed prior to it that remotely resembled it and could be suggested as its “ancestor” by the Darwinists, no scenario could be devised regarding its origins.

Even though the scientific facts show otherwise, an extinct creature called a glyptodon was introduced as a giant armadillo by Current Biology using equivocal methods and thus a line of descent was aimed to be established in order to provide so-called material for the armadillo’s evolutionary genealogy.

Glyptodons Are Not the Ancestors of Armadillos

The Glyptodon was a larger species which appeared on Earth later than armadillos and co-existed with them. The earliest fossil glyptodons discovered date back 35 million years while paleontology provides 130-million-year-old fossil armadillos. It is quite clear that glyptodons, which are much younger than armadillos, cannot be introduced as the ancestors of armadillos.

Having lived in South America until 3,000 years ago, this currently extinct creature was as big as an automobile with its 1.5-ton gigantic body. Different from armadillos, it had an unarticulated armored shell and a mace-shaped tail covered in spikes. Glyptodons have always been regarded as a separate group. For example, its dome-shaped one-piece hard shell is of a completely different structure than the articulated shell of an armadillo. Even though at first glance it may seem like it provides an opportunity for a scenario convenient for Darwinism, the differences between these two creatures are so evident that no one in the scientific world has ever claimed that these giant extinct creatures were the ancestors of another species.

A Research with a Predetermined Outcome: Mitochondrial DNA and Line of Descent

So, although it is quite obvious that they are not related to each other, why did Darwinists try to forge a link between these two similar creatures?

The solution Darwinists came up with was to declare that “glyptodons and armadillos are relatives” and presenting them as cousins on their imaginary family tree. As they co-existed in the same era, it was argued that these creatures must have been “sister”species instead of being the ancestors-descendants of each other.

Decorating this argument with seemingly scientific data is a step used for deception that Darwinists are quite accustomed to. For this purpose, a piece of the shell of a fossil glyptodon was pulverized and mitochondrial DNA fragments were acquired as a result of a lengthy procedure. When these fragments were processed with the RNA of a living armadillo, certain areas were observed to be a match. However, a specially designed technique was used in this genetic study to obtain the desired result. When this technique is analyzed, it becomes evident that the same research will produce similar results between different creatures as well.

Different from the DNA in the nucleus, the DNA found in mitochondria is a circular genome with a single chromosome. This single chromosome is much shorter and only codes for the production of specific proteins used in metabolic processes in the mitochondria. Physical attributes related to the body are not located in this DNA. These coded proteins are the ones that will be used in common chemical processes such as fatty acid metabolism, citric acid cycle and ATP synthesis. It should be remembered that these metabolisms are completely identical even in quite different life forms that have no similarities at all. In this case, it is quite natural that different species share the same proteins. By means of the technique applied in this study, only the identical genes were detected rather than the differences. The presence of identical genes, as stated above, is a natural outcome for the creatures that live in same atmospheric conditions and have the same metabolic processes.

There is no complete mitochondrial DNA or nuclear DNA of a glyptodon at hand that makes it possible to evaluate differences as well. There is only a method selected by Darwinists in order to confirm their kinship argument and a study with a predetermined outcome.

In summary, paleontology does not provide any transitional form that links these two species. Furthermore, both species do not have any ancestors of their own in the genealogical tree. Despite these facts, a study disregarding scientific methods was conducted in order to provide a basis for the Darwinist ideology. It is quite obvious that the science of genetics is being exploited to mislead the public through Darwinist deceptions. The publication of such a study by the Anatolia Agency without verifying its scientific value is also a mistake that requires correction.

Species appeared in an instant separately and in separate times, with perfect and complete structures; in other words, they were created. As it is the case with each scientific field, paleontology, too, demonstrates God’s infinite power and artistry in creation.