Did you see them? I bet you did. We all saw them. They carried sticks, machetes and matches. They also carried empty bags. Even though we call them the cowards of Kaduna, they were also seen in Jos, Katsina, Kano and Sokoto. But with their administrative head in Kaduna, the name suits.

The cowards of Kaduna ran all over the northern states last week, seeking out the meek, the minorities to kill and drink their blood. The armed cowards ran in their fanatic insanity, blocking main streets across the north as they protested against religious freedom. Some hitched rides on the backs of police vehicles. Indeed, many did from the evidence of many pictures and eye-witness narrations.

Like I mentioned earlier, the cowards of Kaduna also had matches to burn the properties of their weak victims, but not only that, they had empty bags, to loot their homes first before they burned them down. 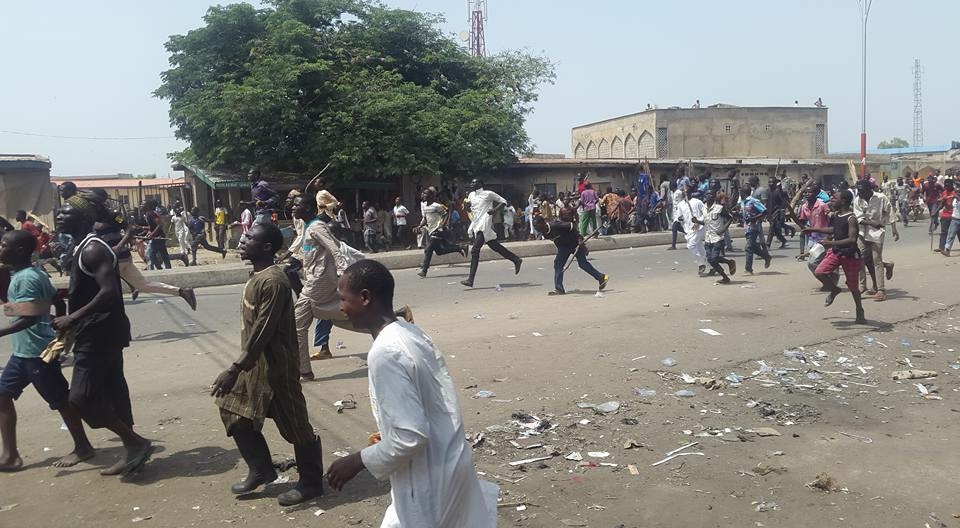 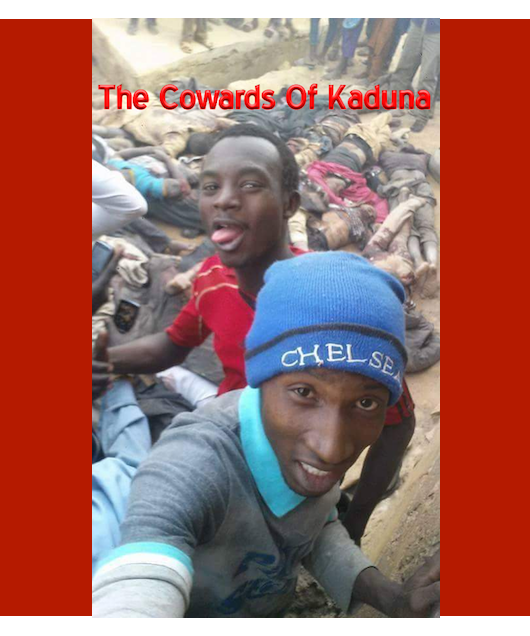 But why do we call them cowards, if they are so able to kill, loot and burn? It is because for five straight years as Boko Haram ravaged the northeast and Nigeria at large, these cowards were nowhere to be seen or heard. They waged no jihad to free us from the ragtag Boko Haram terrorists. Though military vehicles were abundant to transport them to the northeast, they rather hid under their mothers’ laps. They were nowhere to be found when our Chibok girls were abducted and as some of us at ENDS begged and begged for Jonathan to grant us civilians permission to invade Sambisa and fight and die fighting if so-it-be, to rescue our abducted thousands of citizens and communities, these cowards of Kaduna did not volunteer to fight or even utter a word.

Cla cla cla, cla cla cla, their teeth clattered on each other. Tens of thousands of them now seen running around Nigeria’s north, pretending to be so righteous and ready to fight and die for their divisive sect’s beliefs were nowhere to be found.

Their cowardly leaders and Mr. Administrator hid behind couches and twitter keyboards unable to rally the north to rise up to protect its own, even if mainly ‘unsubmitting’ Kanuri sons of El-Kanemi. The cowards of Kaduna sat by and watched and watched. No one was brave enough to declare a true Jihad against an enemy deserving of it. Their silence was so loud it was interpreted to be love and mutual ambition with the terrorists.

They are back once more, the same way we used to see them in the past, running after Christians and with their empty bags, killing and looting Igbo shops before they burned them down. They are lions, “brave” warriors in battle against peaceful (like true Islam commands) or otherwise unarmed minority “enemies” who can’t or won’t be fighting them back.

We say kudos to the Cowards of Kaduna. We see that after a several-year lull while you watched Boko Haram in fear or envy, you are back.