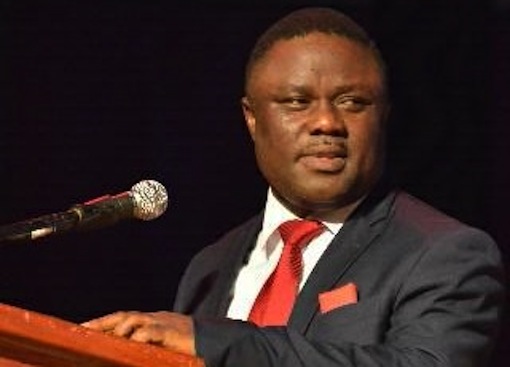 Tuesday, March 30, 2016 is a day Cross Riverians especially residents of Calabar, the capital city of Cross River State will not forget in a hurry as the long awaited diaspora governor of the state, Sen Ben Ayade visited the state.

In fact, the city was agog for the triumphant entry of the governor who is reported to have toured 11 countries looking for investors. Whether this tour is in his capacity as the Commissioner for Tourism or as governor, or he is taking advantage of his position to run his personal businesses as alleged is left to be known.

Ayade who within his ten months reign as governor has traveled over 71 times to different countries of the world arrived his liaison office (governor’s office) in Calabar at the early hours of Tuesday with so many promises as usual.

As the most traveled governor in Nigeria, Ayade has meritoriously earned himself a “Diaspora” tittle which implies that he has become the first governor in the history of the state to have unofficially moved the seat of power from Calabar, Nigeria to a yet-to-be-known destination outside the country.

It will be recalled that Ayade has spent the last nine weeks outside the country without duly informing the state house of assembly or asking his deputy to act on his behalf. This is not strange as it is widely rumoured that the deputy governor, Prof. Ivara Esu has been boxed to the corner by his boss even as the assembly has constantly been accused of being a rubber stamp to the governor.

The recent foreign trip of the governor has caused uproar in the state not only because he didn’t empower anybody to act on his behalf but because he deliberately denied the state from participating in the just concluded National Economic Council Retreat in Abuja.

As other governors and top government officials were gathered brainstorming on the immediate solution to the national economic recession, the governor was set to be signing a memorandum of understanding with a Dubai based firm that will provide 24 hours light in Calabar. While it can be argued that the agreement will boost economic activities in Calabar that will affect the state’s economy positively, the relevance of the retreat cannot be quantified.

Similarly, the said agreement has come under serious scrutiny owing to the fact that the governor has never considered accepting that public power supply is the responsibility of the state government. During the 2015 annual carnival festival, a group of traders protested at the Christmas village over poor power supply and the Chief Press Secretary to the governor, Mr. Christian Ita while reacting to the issue through a telephone call said that “public power supply is not the responsibility of the state government”. While the assertion can be said to be true, Cross Riverians are yet to understand the governor’s sudden change of mind by signing an MOU for public power supply when he knows it is not his responsibility. Could this contradiction be that the CPS’s reaction was not the opinion of the governor? As things continue to unfold, maybe much explanation would be given.

Just like Cross Riverians were trying to get over the frustration of missing out in the NEC retreat, their dear “ digital “ governor was seen in the All Progressive Congress (APC) national leader, Bola Amed Tinubu’s birthday party. What has really caused discontent even in the camp of the governor was how he could value a birthday that according to a reliable source, he was not invited to a NEC retreat that he was statutory mandated to attend. Political watchers are still pondering over the rationale behind his preference. Again, it was reported that Ayade was the only PDP governor in the event as even PDP governors from the south west region were not invited or shunned the party.

This development has left most people in mixed grill. Questions have been asked without any immediate answer. For instance, Could it be that since a video appeared online showing how the governor practically murdered the image and reputation of the then APC presidential candidate and now President, Muhammadu Buhari, the governor is looking for an avenue to mend fences? Could it be true that he has been declared persona non grata in the villa so he can only have access to the President in an APC program? Is it because he denied the APC access to stadium for their mega rally that he is now romancing with Tinubu in a bid to appease the party leadership? Could it be that the President is angry that he was hoodwinked to believe that the EIA for the proposed supper highway which he (Buhari) did ground breaking ceremony was yet to be done? These and many more questions are still left unanswered.

However, it will be unfair to completely rule out the fact that the governor came back with some great news for the state. While he has been advised by erudite and quintessential leader, Mr. Odey Ochicha to consider reviewing all the MOUs he has signed so far to determine the progress of the agreement, the governor has announced again that he has signed more MOUS. Within ten months, Ayade has signed approximately 62 MOUs which Cross Riverians are yet to see or feel the impact.

Within his first two months, the governor said that investors have tabled €500m for the construction of the supper highway project and the deep seaport. But his statement on Tuesday as reported by his social media aides, Emmanuel Ulayi that four companies were scrambling to invest in the deep seaport has brought the authenticity of his frequent MOUs to serious public scrutiny. The €500m from his initial estimate was enough to complete both giant projects but now that more companies have indicated interest, it is incumbent on the governor to tell Cross Riverians what happened to the already tabled money.

Also, when you consider that a state like Adamawa in three months has built and commissioned four roads without signing a single MOU, one will begin to wonder why the case is different with Cross River State. By all standard, Cross River is still ahead of Adamawa in terms of natural resources and Internally Generated Revenue. Although, statistics shows that Since distinguish Dr. Peter Oti resigned his appointment as the chairman, Board of Internal Revenue Service, the state revenue generation has reduced drastically. Ayade has signed the highest MOU but have accomplished the least.

While the governor deserve to be applauded for the rapid work going on in the proposed garment factory as well as his vision to make the state an industrial hub in Africa, it is also pertinent to constantly remind him that Cross Riverian are becoming inpatient with his daily promises of doing everything. His well wishers have prayed that the popular cliché that “jack of all trades master of none” should not be the case with governor Ben Ayade.

As a matter of fact, the governor needs to reduce his frequent foreign trips and face governance. This is not the time for politics, it is time to work. We have gone beyond campaign promises to the real act of governance. The time is ticking. Wherever he has relocated the state seat of Power to Dubai, London, US, Afghanistan, China or Sheraton where he was rumoured to have lived while in Senate, Calabar is calling him to come home.

It is time for the digital governor as fondly called by his admirers to forget the charity abroad and come back home. The fantacies abroad should be relegated now. He must as a matter of necessity change from his status as a diaspora governor to a stable state governor base in Calabar that he was voted to be.