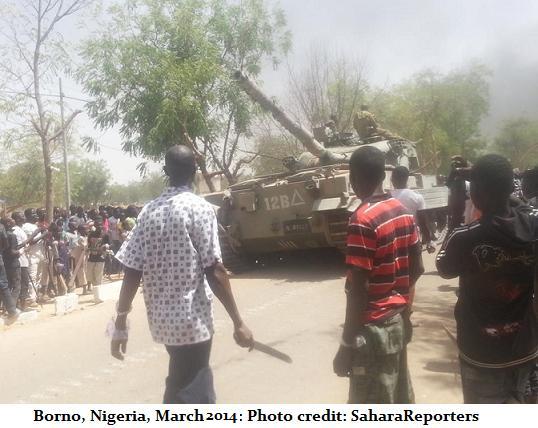 Various commentators and public speakers have been making incisive conjectures that the wanton maiming and loss of lives in Northern Nigeria does not seem ordinary anymore. There have been accusing fingers towards the federal government and dare devil politicians as the background financier and orchestrators of the killings. Abinitio, it had been purported that the deadly Boko haram was behind all the bombings and killings in Northern Nigeria these past few months and they were fighting the Nigerian entity against western civilization. But these violent killings seem causeless and even the leader of Boko Haram, Shekau who usually claim responsibility for certain attacks does not say anything about these killings again. Indeed these killings are strange and the whole saga seems to have a reverberating undertone. It seems certain interests commit these killings to incite different groups against each other in the North. There are various unanswered questions by the entire armed forces as to the modus operandi of the killings and the agitations of the killers or the root cause of the killings.

For instance, which group is killing the cattle of the Fulanis, thereby provoking the Fulanis for reprisal attacks on the Benue people? Who is killing innocent secondary students warranting the burning of villages and destruction of further lives? It’s like a deadly circle. You kill my own we’ll kill yours too. But who started the killings? How come no “arrest”? Just fatalities of the attackers. Is it so that they cannot give useful confessional statements for investigations? Are those killed by “JTF” the real attackers? No one has an idea of this darkness of sustained killings.

Another dimension of further questions is that, could it be that the government officials or desperate politicians are the ones behind these attacks that have claimed the lives of even gallant military men and scores of innocent hapless Nigerians? Could these attacks be a calculated grand scheme to deliberately ostracize certain parts of the country from conducting elections in 2015 thereby disenfranchising voters and incapacitating perceived and real political opponents? These aspects of questions are as crucial as the ones asked earlier. As things are unfolding in most states in the Northern Nigeria, no right thinking electoral official or NYSC member will agree to conduct elections in Bornu, Benue, Yobe or other crisis ridden states no matter the amount of security on ground to protect the lives of the electoral officials. It will be a suicide mission.

But could these aforementioned hypothesis be the original idea why these senseless, baseless killings in these regions have persisted “unabated” so that devil incarnate politicians can win elections or score political points. Does it mean that politicians are hell bent on winning elections through swimming in the blood of innocent Nigerians? Slaughtering Nigerians daily and amassing their blood as springboards or lubricants to elevate their political success. This is sickening sad beyond words. Everything might look like wild assumption but let’s take for instance we discount away states like Yobe, Bornu, Benue and few other violent stricken states from the general election of 2015, will it not greatly influence the outcome of election’ results?

Governor Nyako has directly insinuated that the presidency is fuelling the killings and destruction to further under develop the North and score political goal, much as I would not support wild speculations, I believe it is very crucial to examine Gov. Nyako’s stance bearing in mind that he was a former senior military personnel Gov. Nyako had said the importation and clearance of arms to the North can only be done by personnel in the government. The relocation of security forces in certain areas and immediate attacks offer relocating the security in the same areas calls for lots of suspicion.

The crucial point is for the entire Northern elders, youths, traditional rulers, religious leaders and all Nigerians to rise up, speak up and expose the perpetrators of these killings. All Nigerians should start critical evaluations of the daily killings and like Dr. Peregrino Brimah stated, we should all protest and speak against the government handling of the crisis.

The perpetrators of the killings might proceed to attack other parts of Nigeria  and claim it is Boko Haram. Nobody is safe; if we do not join the North to fight against the demons attacking them, the attacks might just start occurring in our backyards to further distract us all or hamper smooth elections and making those in power to continue.