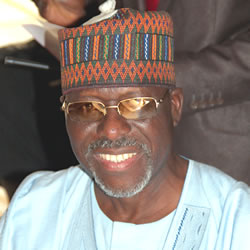 As the gubernatorial election draw nearer in the confluence state of Kogi, expectedly, the tension has once again risen with high hopes from the camps of aspiring politicians. More so, politicians are again being judged on their performances through balloting. Fortunately, major contenders in the election slated for November 21 this year are not new to the terrain. All Progressive Congress’s (APC) candidate; Prince Abubakar Audu has governed the state twice while the People Democratic Party’s (PDP) candidate, Captain Idris Wada (Rtd) is the incumbent governor of the state. They were both at it some four years ago though Prince Audu was a candidate of one of the party that merged to form APC.

Until recently, elections where incumbents are standing in Nigeria were always considered as done deal in their favour. With the advancement and considerable growth in technology where card readers are been used and improved awareness of the people on the impact of political office holders activities, it would be suicidal for anyone to fall sleep on aura of incumbency. The surprises sprang at the just concluded national elections have watered down the effect of power of incumbency. In the election where a sitting President loss to his contender and several governors and law makers lost in the same scenario, signals have been sent to our politicians that occupying the seat of power does not automatically translates to winning elections.

With the prevailing politics in our country, Governor Idris Wada has a lot to contend with, already, there are barrage of allegations of non-performance against his administration. Major headlines about Gov. Idris centred on the failure of his administration to positively impact the lives of his subjects, his inability to pay up his workers even before other states joined the syndrome will count, and lack of visibly established capital project in the state by the governor could also complicate issue. Failure of his party at the centre would not help. But his enhanced access to public funds to strengthen his campaign is a positive omen.

Meanwhile, Prince Audu will have to braze up in providing answers as voters continue to ask for his records of achievement in his previous voyages, though the present success of his party at the national level and across the country will add up. APC’s recent success in a state considered as bedrock of the PDP speak louder. The active Senator Smart Adeyemi could not weathered the storm; the story was partly the same across the state. But with the performance of the PDP in the State’s House of Assembly election, Prince Audu has a lot to contend. Accusation of misappropriating close to N11b public fund during his second stint is still hanging, the brewing crisis between him and his party men over the choice of the running mate is weighty yet his experience may count in coasting to victory.

Nevertheless, the choice for Kogi People in the coming election is narrow. Party politics where only the riches emerge as candidate is not sound for a democratic process, as experienced as these two strong contenders may be, better and younger candidates would have filled the gap. A candidate with little or no history of failure could have done better. Kogi deserve a strong and dynamic leadership that can usher in rapid and contextual transformation to generated massive employments, create save haven for investment drive and cared for the civil servants while not neglecting the general masses, Lokoja with her serenity and uniqueness should attract global attention but now, the option is narrowed between an alleged corrupt Prince Audu and accused non-performed Gov. Idris, what hope do we have in the Lugard House?