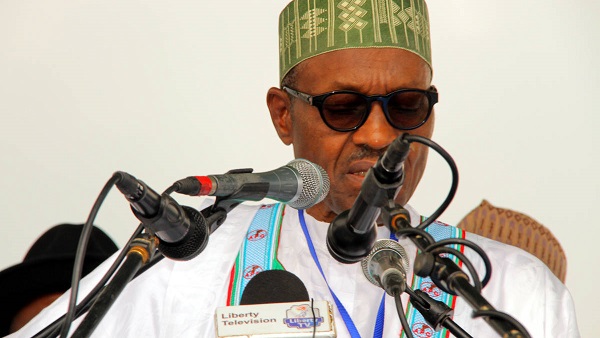 Vanguard– Associates of All Progressives Congress, APC leader, Asiwaju Bola Ahmed Tinubu are lining up three possible running mates for Major-General Muhammadu Buhari (retd) should the former head of state prevail in the forthcoming presidential nomination convention of the party.

The synergy between Team Buhari and the Tinubu camp was formally brought to public light last Wednesday when many of Tinubu’s political associates, including his wife, Senator Oluremi Tinubu got prominent presence at Buhari’s public declaration for the presidency in Abuja.

The intrigues in the relationship between Dr. Fayemi and Tinubu reached a crescendo last week when Tinubu absented himself from the commissioning of the Ekiti State Government Liaison House in Lagos.

On the scheduled day of the commissioning, the APC leader was said to have become invisible, sources close to the development told Vanguard, a fact that seemed to underline the increasing political disconnect between the once close men.

The projection of the three men, Borofice, Osibajo and Edun by the Tinubu camp follows the rejection by the mainstream of the party of a Muslim-Muslim ticket that would have seen a Buhari- Tinubu ticket.

Sources say that Tinubu may have lately withdrawn himself to that fact and is now believed to be preparing himself to position his own man to be a possible number two man for the country.

The consideration of Osibajo Vanguard learnt is based on the twin factors of his relatively clean character and respect in the Christian community. Osibajo, who served as attorney general and commissioner for justice in the Tinubu cabinet has won a respectable image as a senior pastor in the Redeemed Christian Church of God.

He is said to be fairly close to Pastor Enoch Adeboye, the general overseer of the RCCG. Those rooting for him say that positioning him on the ticket would balance any insinuation on the country drifting towards an Islamic path as some critics of Buhari have sought to assert.

The consideration of Senator Borofice, it was learnt, was aimed at strategically breaking up the hold of the Peoples Democratic Party, PDP in the Ekiti/Ondo axis, where the PDP is presently known to have set its foothold.

“By bringing out Borofice, who is about the only APC senator elected official in the Ekiti/Ondo axis, we can push for presence in the two states given that the PDP is in control of those two states,” a close associate of Tinubu said at the weekend.

Edun, who is reported to be the third person under consideration served as commissioner of finance for the two terms Governor Tinubu between 1999 and 2007 and he is said to be in position to bring relative youth to a presidency under Buhari’s watch.

“Our consideration of Edun is on the need of young blood given that Buhari is now of age and would need, young savvy men to keep him in track,” a source said.

Both Osibajo and Borofice were acclaimed at Buhari’s declaration. Edun’s presence at the event could not be confirmed at press time. One other prospective nominee, Senator Olurunnimbe Mamora learnt was like Dr. Fayemi not being favourably considered by the Tinubu camp ostensibly because of his independent trait, which reportedly came to fore in the testy days leading to Governor Babatunde Fashola’s certification of a second term ticket in 2011. Mamora was also present at Buhari’s event.