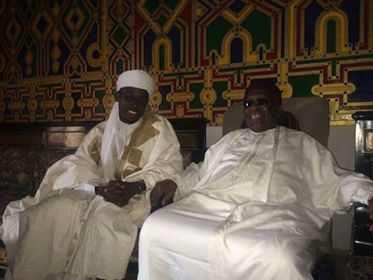 On Tuesday, 1st October 1929 the ancient city of Kano, North and Nigeria at large received the arrival of a noble son. It may be coincidental that the boy was destined to play integral role towards salvaging the nation and securing her freedom on 1st October, exactly 31 years after he was born. Be it as it may, there is no doubt that the famous Yusuf played his role well in building one Nigeria. It was a wise choice by the Kano Emirate to turban him DAN MASANI, a Hausa title that translates roughly into “POET LAUREATE” in English.

Maitama had been and will remain an inspiration to me and every progressive minds. Knowing and being close to him for years, I have learnt a lot from his vast knowledge and wealth of experience. Somewhere in July 2015 after we greeted on phone, he prayed for me his usual way and paused a little. He then asked me a question that kept ringing in my head. In his words: “Ku ba zaku zo mu zauna ba sai mun mutu ku fara kame-kame?” Meaning, “Won’t you come and tap from us until we are no more, then you start thinking twice?”

Following this discussion, on 18th September 2015, on my way back to Lagos from Ibadan to catch a flight, I made contact to secure appointment with him. Fortunately for me, I got and honored the appointment given to me on 22nd September 2015. Luckily enough, that day, Dan Masani was fit, energetic and ready for his usual gist. He asked me and my entourage to go to his guesthouse located at Unity Road in Fagge Kano which means he want to have long and private discussion with us. There, we spent over 6 hours which started to stretch my political ideologies. That day, WE LEARNT KARATUN ZAMA DA KARATU (Distinction between being educated and being knowledgeable). It was a lifetime experience and school in itself. 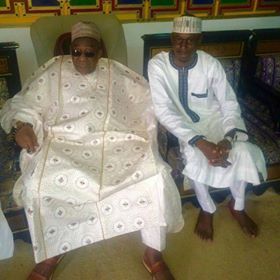 My second long encounter with him was on Monday April 4th 2016 in Abuja, a day rumor was circulated on social media that he was dead. When I told him, he laughed and said, “….worry not for no one die until his appointed time reached”. That day, I could not escape, for all my excuses were rejected and I had to sit for another class where he taught me THE SECRETE OF VERSATILITY IN POLITICS AND IMPORTANT OF BACKGROUND INVOLVEMENT. It was another great experience which I began practicing immediately. These and many other encounters were not only educative but reshaped my ideologies and opened up my eyes in political engagements.

One interesting thing that keep inspiring me about Dan Masani’s life was the age at which he started struggle. At many encounters, he narrated to me how he began struggle/activism at tender age of under 20 (16 – 17 years old). At The age of 20, in June 1949, he was elected the 1st Vice President of Northern People Congress (NPC) alongside the likes of Dr. R. B. Dikko (as President General), Alhaji Sanda Na Alhaji (as Deputy President General), Mr. Rafi (as 2nd Vice President General), Ummaru Agaye (as Secretary General), Mal. Abubakar Imam (as Treasurer), Malam Yahaya Gusau (as Financial Secretary), Isah Wali (as Asst. Secretary General), Malam (Capt.) Makama (as Publicity Secretary), Malam Aminu Kano & Mr. Julde (as joint Auditors) and Malam Sa’adu Zungur (as Legal Adviser). His courage, boldness and fearlessness that gave him gut to start his write-up (Hantsi) in dailies at the age of 21 was truly inspiring. Again, the role he played in creation of Northern Element Progressive Union (NEPU) by carefully and singlehandedly selecting the 8 people (Abdulkadir na Adamu Danjaji, Baballiya Manajan Banki, Mudi Speaking, Sani Darma, Magaji Danbatta, Bello Ijumu, Abba Mai Kawari & Musa Kaula) at the age of 21 who were the founding fathers without necessarily making the list (selflessness) is a challenge to youths. In addition, other inspiring things about Dan Masani are his oratory nature, ability to speak the truth no matter the situation and fearlessness in all that he does.

In the 88 years he spent on this sinful earth, the famous Dan Masanin Kano achieved a lot to mention. For the benefit of those who do not deeply know him, he established Adult Education Classes outside his formal employment in Kano at his early age, an initiative which saw many people of Northern extracts to getting formal education afterwards. He was Chief Information Officer in Kano Native Authority, he was among the founding fathers of NPC and NEPU, he was Commissioner of Forestry, Commissioner for Cooperative and Community Development and he was Federal Commissioner of Public Complaints. Maitama was the first Nigeria’s Representative to the United Nations (UN). While at the UN, Dan Masani’s impassioned opposition to Apartheid made the General Assembly elect him the Chairman of the World body’s committee against apartheid. He was Minister of National Guidance and the first Minister of Mines and Power among others. It was under his tenure as Minister of Mines and Power that Kainji Dam and Hydroelectric Generating Complex was completed. His tenure also witnessed the beginning of crude oil exploration and rejuvenation of the Local Mining Industries. He was elected President of the Nigerian Arts Council. It was under Dan Masani’s leadership that the first Nigerian Festival of Arts and Culture was organized in Ibadan in 1972. He was appointed the founding Chairman of the Nigerian Council for Arts and Culture in 1994.

Dan Masani was leader of the Nigerian delegation to the conference of independent African states in Addis Ababa in 1960. He was the Nigerian President’s representative at the Lancaster House Talks on Zimbabwean Independence in London in 1979. To cap it all, Dan Masani was awarded the National Honor of Commander of the Order of the Federal Republic (CFR) in 1983. He was honored by 3 Nigerian Universities (Bayero University – 1989, Ahmadu Bello University – 1992 and University of Benin – 1995) among others. Similarly, he was honored by the World Peace Council, by being awarded the Fredric Joliot-Curie Gold Medal in 1983. He was also honored with a Doctor of letters degree by the Patrice Lumumba University in Moscow.

One thing the greatest Dan Masani will be remembered for is his ability to not only speak, but speak the truth. His composure in terms of public speaking and fairness when it comes to passing judgement. In order to keep his untiring efforts alive, immortalizing him by renaming important buildings/streets at both State and Federal level will be a good gesture from side of the government. From us the youth and many who had learnt from him in one way or the other, practicing what he thought us and stepping down same knowledge to our younger ones while acknowledging him will go a long way.

Remembering his words; “Nigerians all over like me and I have no reason not to like Nigeria and Nigerians. I must like them. I am not a Kano man alone; I am Yoruba, Igbo, Ijaw, Itsekiri, Kanuri, Fulani, Ibibio, Tiv. I am all. I respect everybody.” further confirmed his one-Nigeria spirit. His natural humility and the man in him will forever be remembered using his words where he said; “In life, if you are humble, if you are simple, if you are friendly, if you respect people, if you love people, they, too, will love you, respect you and like you.”

Rest in peace the Dan Masani that truly knows.