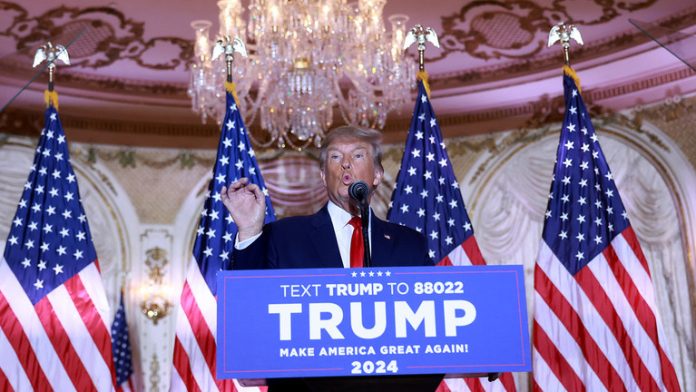 Former US President Donald Trump is responsible for the January 6, 2021 riot on Capitol Hill and should be barred from holding office, according to a Democrat-dominated committee’s final report on the events.

Trump, who announced his intention to run for president in 2024 in November, violated his oath to protect the US Constitution, according to the committee. As a result, he “can appropriately be disqualified and barred from holding government office – whether federal or state, civilian or military” unless two-thirds of Congress repeals the prohibition.

The 845-page report was made public on Thursday. On Wednesday and Thursday, the select committee also released transcripts of witness testimony. The committee spent 18 months on this project before presenting its findings, though a 154-page summary was made available on Monday.

The lawmakers blamed Trump squarely for the Capitol Hill violence, which occurred after his supporters gathered in front of the federal legislature building to protest Joe Biden’s election as the new US president. Demonstrators broke into the building but were unable to prevent the outcome of the 2020 election from being formally recognized by then-Vice President Mike Pence and the US Congress.

Inside the building, one protester was killed by police, and numerous demonstrators and officers were injured in the chaos. Several officers were killed during the riot, but none were directly related to the protesters’ actions.

On Monday, the committee recommended that federal prosecutors charge Trump with riot-related crimes. The former US president dismissed this as a partisan “witch hunt” and reiterated his claims that the 2020 election would be marred by fraud.

Democrats “are working hard to keep me from running for president because they know I’ll win,” Trump claimed in a post on his Truth Social platform.

Trump was impeached twice by the House during his presidency, including once as he was about to leave office due to the Capitol riot. The Senate refused to convict him both times.