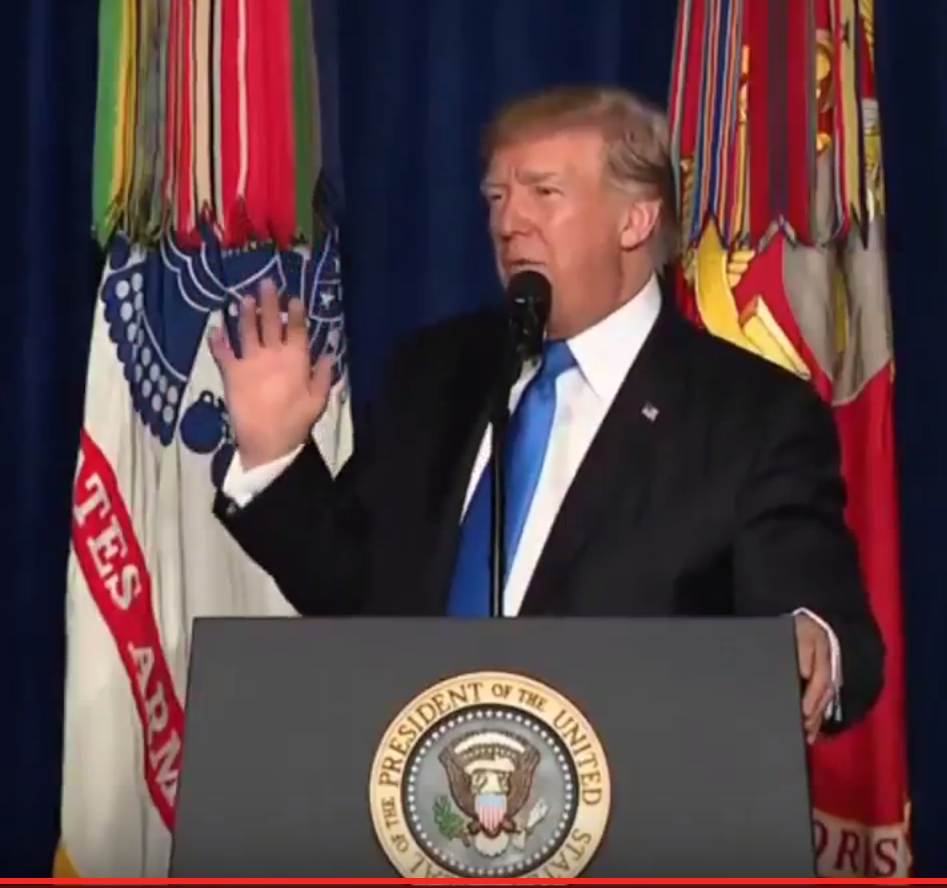 US President Donald Trump’s new threat to strike 52 important targets in Iran, including the cultural ones, has provoked a strong backlash, with many calling it a “war crime.”

On Saturday, Trump said on Twitter that his military would hit “very important” targets related to Iran if the Iranians attempted to take retaliatory action against the US for the assassination of a senior military commander.

Lieutenant General Qassem Soleimani , the commander of the Quds Force of Iran’s Islamic Revolution Guards Corps (IRGC), and Abu Mahdi al-Muhandis, the second-in-command of Iraq’s Popular Mobilization Units (PMU), were assassinated in US airstrikes in the Iraqi capital Baghdad on Friday.

Trump’s threat came after Iranian authorities said they would show a harsh response to the US strikes.

Zarif also drew an analogy between Trump’s assertions and Daesh’s crimes in destroying cultural heritage of some regional countries, noting that the US president is “hallucinating about emulating ISIS war crimes by targeting our cultural heritage.”

A reminder to those hallucinating about emulating ISIS war crimes by targeting our cultural heritage:
Through MILLENNIA of history, barbarians have come and ravaged our cities, razed our monuments and burnt our libraries.

Where are they now?

Many social media users were quick to say that deliberately attacking cultural sites would be a war crime.

Ryan Goodman, a former special counsel at the US Department of Defense also emphasized that targeting “the clearly-recognized historic monuments, works of art or places of worship” was a war crime.

“Making the clearly-recognized historic monuments, works of art or places of worship which constitute the cultural or spiritual heritage of peoples … the object of attack”

For what it’s worth, I find it hard to believe the Pentagon would provide Trump targeting options that include Iranian cultural sites. Trump may not care about the laws of war, but DoD planners and lawyers do…and targeting cultural sites is war crime. https://t.co/HXvJM0kdl0 — Colin Kahl (@ColinKahl) January 4, 2020

John G Hertzler, an actor and an author, reacted by saying that the American people “are not” behind Trump in response to a Twitterer, who said he backed the president.

Eugene Gu, a politically active user on social media, said “the President of the United States should never threaten on Twitter or anywhere else to target another country’s non-military cultural sites.”

The President of the United States should never threaten on Twitter or anywhere else to target another country’s non-millitary cultural sites. That is an act of evil terrorism with no strategic value whatsoever other than destroying people’s heritage and history. — Eugene Gu, MD (@eugenegu) January 4, 2020

Meanwhile, groups of protesters took to the streets in Washington and other US cities on Saturday to condemn Trump’s order to conduct the airstrike in Iraq and to send about 3,000 more troops to the Middle East.

“No justice, no peace. US out of the Middle East,” hundreds of demonstrators chanted outside the White House before marching to the Trump International Hotel a few blocks away.

Similar protests were held in New York, Chicago and other cities. Organizers at Code Pink, a women-led anti-war group, said protests were scheduled on Saturday across numerous US cities and towns.

Protesters in Washington held signs that read “No war or sanctions on Iran!” and “US troops out of Iraq!”