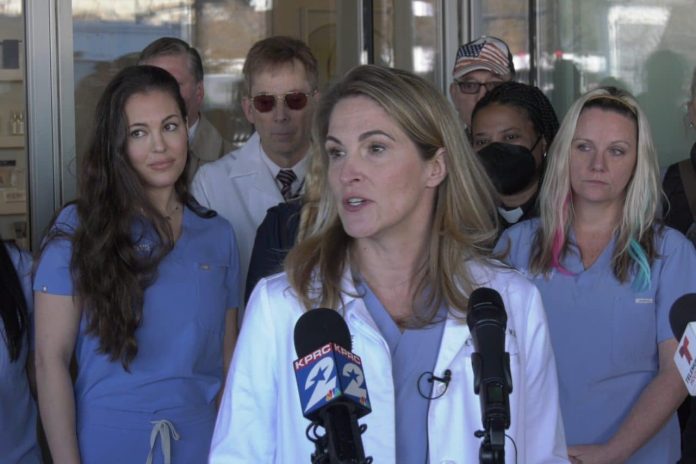 Twitter has “permanently suspended” a Texas physician for speaking out against the COVID injection, which is harming children.

Bowden had shared Vaccine Adverse Event Reporting System (VAERS) data with her 120,000 followers, revealing that children were dying as a result of the experimental vaccine.

“There were 127 deaths reported to VAERS in children aged 6 months to 17 years.” “Remove them from the market. #StoptheShots,” Bowden tweeted.

“I took the number I quoted directly from VAERS,” Bowden told journalist Emily Miller. The Centers for Disease Control and Prevention (CDC) and the Food and Drug Administration (FDA) jointly manage VAERS (FDA).

“This appears to be retaliation,” Bowden said. “My tweet yesterday exposing Twitter’s collusion with the CDC received 23,000 likes.”

Bowden said she will consult with a lawyer, who is already advising other doctors, including Dr. Robert Malone and Dr. Peter McCullough, who have spoken out against the experimental gene therapy, on how to respond to “blatant censorship.”

“I intend to speak with an attorney who is assisting other like-minded doctors in suing Twitter for blatant censorship,” Bowden said.